HomeOtunba Gbenga Daniel, A Rare Nigerian With Much Love For His Fatherland...
Featured

Otunba Gbenga Daniel, A Rare Nigerian With Much Love For His Fatherland By Steve Oliyide 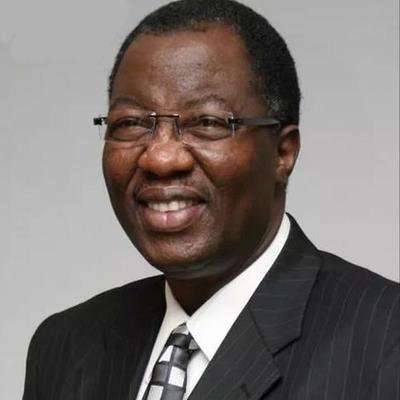 Life is what one makes out of it. To be successful in life goes beyond chance, it is more of determination, consistency, hard work, a tenacity of purpose and ability to see beyond the ordinary; to do what others fear to do.

Today, Otunba Gbenga Daniel stands out like a shining star having made his marks both in politics and in business. He has registered his footprints in the sand of time as a reputable public officer. Daniel is a perfect example of the saying that ‘Leaders are not born they are made.’

Born on 6th of April, 1956, the young, brilliant, audacious and intuitive Gbenga Daniel attended Baptist Boys High School, Abeokuta, the School of Basic Studies at The Polytechnic, Ibadan and later studied Engineering at the University of Lagos, where he won several scholarships and became acquainted with the legendary Professor Ayodele Awojobi.

During his National Service year at the School of Engineering of the Lagos State Polytechnic, he supervised the construction of the Engineering Complex of the institution and also conducted end of semester examinations for the School of Engineering without any whiff of leakage or scandal. That feat was described by an appreciative management as “quite remarkable in an environment where examination fraud was quite rampant”. Daniel was to proceed to earn a Masters in Business Administration (MBA) from the University of Lagos and subsequently attended the Lagos Business School for an executive programme.

At 62, OGD, as he is fondly called, is still waxing stronger and ready to offer his services anytime it is required by his fatherland. He shows no sign at slowing down on the opportunity to serve this great nation.

OGD is a bridge between the old and the new generation of Nigerians, and he has continued to mentor the young and upcoming politicians in his own way. His experiences and successes in the private sector are for the records. He used this to a great advantage in his unique and result oriented state craft, which transformed the entire landscape of the Gateway State and won commendations and laurels from many quarters.

OGD’s determination to plough back into the society inspired him to found a non-profit organisation, the Gateway Front Foundation (GFF) which has, over the years impacted positively on the lives of many through humanitarian and charitable activities. Not satisfied with the reach of his humanitarian venture, he decided to plunge into murky waters of Nigerian politics to further impact the life of much more people positively

In 2001,  Otunba Gbenga Daniel  announced his intention to run for the governorship of Ogun State in the 2003 election under the platform of the Peoples Democratic Party (PDP). His foray into politics drew extensive media coverage with unprecedented level of popular support as he was regarded as a symbol of populist ideal to the common people.

People who know the story would recall how OGD launched a trail-brazing campaign declaring the official slogan, “A Contract with the People” with a commitment to better the lots of the people by awakening the sleeping giant which Ogun State was by harnessing its human and natural resources. This man of honour and integrity won both the 2003 and 2007 general elections and subsequently lived up to expectation by bringing positive innovation and productive dynamism into governance.

In terms of people-oriented programmes, it is widely acknowledged that Otunba Daniel restored hope, rehabilitated infrastructure, re-engineered institutions and firmly put in place an agenda of modernisation in Ogun State. Little wonder, Ogun State is now the investment destination of choice not only in Nigeria, but also on the West coast of Africa. Candidly, OGD’s programmes on Public Private Partnership attracted several businesses Ogun State during his tenure taking the state into the ranks of the world’s emerging markets.

Daniel’s administration recorded landmark achievements in road rehabilitation,  employment generation, ICT revolution, investment influx, tourism, rural healthcare programme and sports development. OGD was able to change the face of Ogun State with some achievements including, but are not limited to: Founding of Nigeria’s first University of Education, Founding of Four ICT Polytechnics, the construction of three (3) world-class Stadia and the upgrading of one stadium to FIFA standard, and the successful hosting of National Sports Festival & some of the Junior World Games.

Other achievement of note include: creation and invigoration of the South West Resource Center, encouragement of Local & Foreign Direct Investment (FDI) through Partnerships with various countries and Development Partners such as the Guangdong, China’s Business Community which has agreed to commit One billion Dollars to its Industrial Park in the state, the Initiation of the Olokola NLNG project, the modernization of Olumo Rock & beautification of Laogo Beach thereby improving on the tourism potentials the state, the signing into law of the Child Right Bill as the first Governor in the whole Country to do such, conceptualisation and setting up of three Free Trade Zones in the State, and the development of the Ogun State Master plan.

Armed with an uncanny intimacy, which disarms his guests, OGD has continued to confound most people such as each day gives an entirely different picture of this exceptional and exemplary individual. A reporter once asked him: Your Excellency, today is public holiday, you are supposed to be resting but you are bust at work, why? He replied, “Well, I’m not usually afraid of work. In fact, work gives me challenge once the work is towards developmental agenda. I’m excited by work and I don’t get intimidated by it.

After leaving office in 2011, Otunba Daniel continued to encourage youth development initiatives within Ogun State. With the core objectives to prepare, produce and support young leaders to improve their opportunities and competitiveness to impact on the society significantly, he established the Political Academy (POLA). The vision of POLA is to identify, codify, enhance and propagate principles and capacities needed for effective value-based socio-political and economic leadership by offering high quality, accelerated socio-political and economic education.

Detribalised, sociable, cultured and grassroots politician par excellence, Otunba Daniel diverse achievements and amiable disposition has earned him honours and recognitions from far and near as well as many chieftaincy titles including the Otunba Adeoti of Omu-Ijebu, Otunba Asoludero of Makun, Sagamu, Otunba Obalofin of Ijebuland, Arole of Remoland, Olu Nla of Egbaland, Oga Nla of Yewaland and Aare Ajibosin of Owu Kingdom.

Followers of events would agree that history has a good place for Otunba Gbenga Daniel and that when the stories of Ogun State and Nigeria would be written, OGD would occupy conspicuous places in the books.