Over 250 more Nigerians return from Libya Tuesday; 407 in eight days 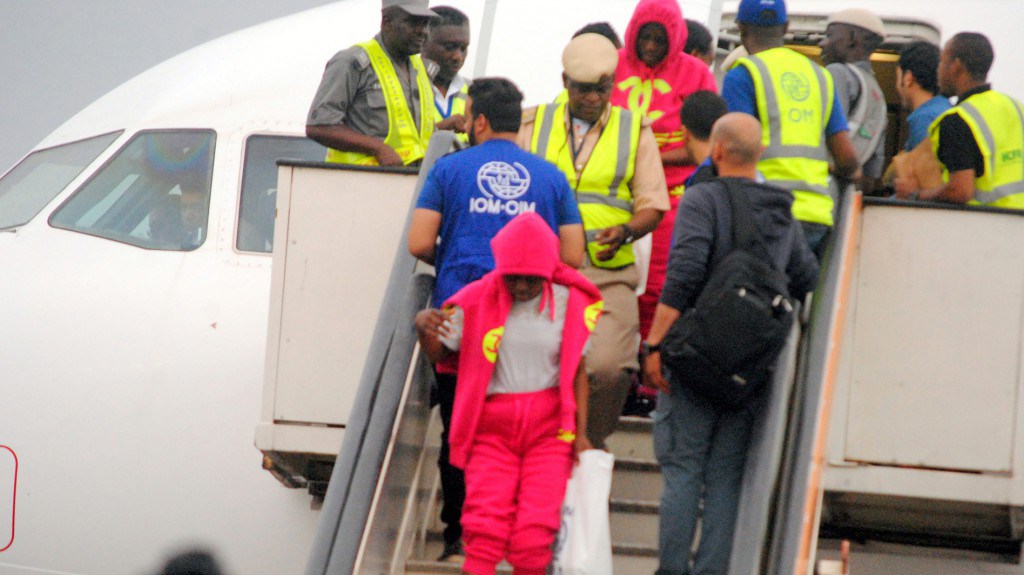 Eight days after 149 Nigerians voluntarily returned from Libya, another batch of 258 on Tuesday came back home from the North African country where they had been stranded en route Europe.

The News Agency of Nigeria (NAN) reports that the returnees were brought back aboard a Libyan Airlines aircraft with Registration Number 5A-LAU.

The Airbus 330-200 aircraft touched down at the Cargo Wing of the Murtala Muhammed International Airport, Lagos at about 8.45 pm.

The returnees, who were assisted back to Nigeria by the International Organisation for Migration (IOM),
comprised of 238 female adults, seven teenage girls and one infant, while the male were seven adults, two teenage boys and three baby boys.

They were received by the Director General of the National Emergency Management Agency (NEMA), Alhaji Mustapha Maihajja, represented by the South West Zonal coordinator of the agency, Alhaji Suleiman Yakubu.

Also on the ground to welcome the returnees back home were officials of the Edo State Government, the Nigerian Immigration Service (NIS), the National Agency for the Prohibition of Trafficking in Persons (NAPTIP), the Federal Airports Authority of Nigeria (FAAN) and the Police.

NAN reports that 149 Nigerians had on Nov. 6 returned from Libya bringing the total of returnees who arrived the country within the last five weeks to 975.      NAN