HomeOpinionPandemic Tourism Or the Death Of Tourism?
Opinion

Pandemic Tourism Or the Death Of Tourism? 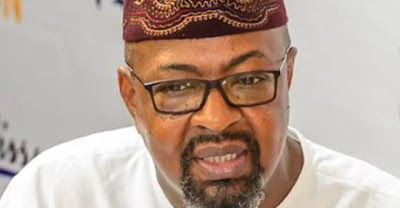 I have been recurrently asked of recent whether tourism will still be possible in an era of epidemics or the global pandemic, or whether we are not already witnessing the gradual lights out on an industry that has grown year-on-year in the past decades to contribute more than 15 per cent to the global GDP in contemporary times. Also, the possible demise of a sector that has been growing at almost 4 per cent per annum and which witnessed revenues in excess of $12 trillion dollars in 2017, while offering livelihoods to over three hundred million people, directly and indirectly, across the world.

Closer home, could this be the curtains drawing on a sector that has engaged our exertions, and which the National Bureau of Statistics values as a contributor of some 35 per cent to new GDP, yielding huge tax receipts and accounting for the jobs of over 20 per cent of newly employed Nigerians, formally and informally?

No doubt, our interconnectedness through time has been one of the greatest strengths and achievements in the human experience, which however now appears to be unravelling in this era of the pandemic as also a great source of vulnerability.

While the past few decades have seen humans build enduring communities across geographies – in no less our various Diasporas; across intellectual interests; and even within a virtual continuum enabled by cybernetics and disruptive technologies, yet we are now rudely confronted by the flip-side of having to find means of surviving the shared burden of infection and disease as a global community.

The past couple of weeks have no doubt been deeply troubling in the statistics that regularly assail us across all media – of infection, sickness and even deaths borne on the wings of the dark vector we have come to know as the coronavirus disease of 2019, otherwise referred to by its grim shorthand, COVID-19.

It is also the statistics of how systems are overwhelmed and crashing – whether as health care systems, systems of commerce, stock markets, and so forth. There is even prognosis that the world is about slipping into the abyss of economic recession and the emergence of a new global economic order.

Still, the other side of the story less referred to has been the marvellous capacity for human resilience, not only in terms of the determination to push back on the epidemic through the continuous research for antidotes. Or the increasing numbers of those who are surviving the COVID-19 pandemic worldwide, in figures that are many multiples of the mortalities being recorded. But, equally, there is that relentless spirit of overcoming adversity that’s already looking into how to rebuild a post-pandemic world.

In the work that I do, which has now become a source of concern to many across geographies, local and international, we are experiencing one of the lowest periods ever, which a few cynics have unfortunately described as the death of tourism, as the notion of pandemic tourism appears almost as a contradiction in terms, since the human outreach quickly recoils in periods of any sort of upheaval. Even the tourism for remedies becomes more and more impossible as national borders are successively shut as part of strategies of containment.

But could this present circumstance foreshadow or signal the death of tourism? Just looking at the map of the territories that have been afflicted by the coronavirus infection, the rash of luminous red dots furiously populating the earth, calls to mind the situation for much of Europe, the Mediterranean and Asia in those long centuries of the Black Death that begun in the 14th Century when the Bubonic plague struck and wiped out over 70 per cent of the human population then, according to some estimates.

Yet, Europe, the Mediterranean and Asia recovered from those decades, to subsequently pursue a globalisation that has advanced the human experience many notches up till date. Certainly, the world we live in currently has more skills, technologies and capabilities to contain and shorten the run of tragic experiences, whether by natural disaster or biological infections.

Of course, epidemics and pandemics impact on tourism and its related ecosystems most severely, as the instinct for safety in humans leads to restrictions of movement that deeply whittle the businesses of airlines, hotels and restaurants, travel agents, tour operators, and other tourism stakeholders.

There is an increasingly vocal concert of opinion pointing to the fear that COVID-19 will very likely trigger a global economic recession in the very immediate future, and it is incontrovertible that tourism continues to be one of the industries most affected in this era of the pandemic, being that’s its forte is essentially anchored on the continually renewed human relationship with space, mostly requiring very physical acts that enable human connectivity, through transportation and the engagement with hospitality, entertainment, etc.

Now, revenues running into billions of naira and dollars are being lost, productivities are diminishing and so are jobs and livelihoods, with devastating impacts on nations, communities, and families. One needn’t crane far to witness how the states in the Middle East’s huge tourist corridors have been impacted at this time.

But then, is pandemic tourism possible, or have we entered into the age of the death of tourism, even while we have just been labouring strenuously for the rebirth of domestic tourism?

As diseases can now travel with ease, from the most affluent parts of the Far Eastern and Western Hemispheres to the poorest villages in Africa and Asia, with the speed of the Internet and on the back of economic routes, in a manner highlighting our interconnectedness and shared vulnerability, we need to urgently perfect a sturdy system of preparedness; a robust system of healthcare and health management, embedded in a strong capacity for response to and containment of epidemics and pandemics.

This will be a system that has a vigorous early warning and response component that can predict and respond to swiftly isolate and inhibit the outbreaks of local and global infections, while neutralising disease vectors. When this system is fully attained and comes into maturity – as the Federal Government has been missioning passionate after recently and will soon achieve – to serve as a secure buffer against the fears of health challenges or crises, either as epidemics or pandemics, the expediencies of having to shut down national borders in times of global health emergencies would no longer be as urgent.

Naturally, narratives around this level of preparedness would have to be communicated as widely as possible, as this is highly crucial in stemming the rampaging fear and panic that haemorrhages tourism to near or total death in periods of crises.

Pandemic tourism will and can be possible when our state of healthcare preparedness, and the narrative around it, have fully evolved, with institutions having the capacities to offer robust responses to healthcare needs, of both citizens, residents and visitors.

No doubt, when health or pandemic crises make landfall in one’s front yard, one gradually becomes isolated as a country, as conventional institutions and establishments start to fail as part of the burden of an unfortunate visitation, driving businesses to closure, and the economy into retraction or outright collapse. With tourism easily being one of the first victims, the picture then gets complicated by surges in the crime rate and the manifestation of other indices of human desperation. But with a renewed focus on preparedness, the corrosive edge of this is blunted, as travel advisories get more detailed and offer information on the national capacity for surviving raging exigencies, without the closure of borders.

Tourism in the age of the pandemic is about taking on the serious business of disaster preparedness, of which ground work has been done in areas such as the Federal Government’s efforts in improving the ease of doing business in Nigeria, coupled with the newer visa collection at the point of entry regime. With the strengthening of institutions to deal with emergencies like pandemics, and the altering of the narrative around a debilitating state of national affairs, there can be no death to tourism in the foreseeable future.

Importantly, in terms of the present situation and the on going ravages of the COVID-19 pandemic making an accelerating and vicious run through our country, our institutions have been demonstrating how greater multi-sectoral and multi-agency coordination can make that fundamental difference. This definitely also requires the private sector to keep layering on the efforts of the public sector, to allow for better emergency collaboration in managing and containing this crisis.

More so, data and evidence driven solutions must be increasingly employed to track, monitor, evaluate and grant therapy to the afflicted and needy. With these and the careful application of the knowledge and standards provided by multilateral agencies such as the United Nations, international organs like the World Health Organisation (WHO), and our extremely industrious Federal Ministry of Health, the National Centre for Disease Control (NCDC), and the Nigerian “can do, never carry last” spirit, we are on the course to a victorious pushback, if we keep acting responsibly in a collective manner.

Without an iota of doubt, I believe that for tourism in Nigeria, it is still a dawn that holds bountiful promise of the day that is unfolding.

Folorunsho Coker is the director-general of the Nigeria Tourism Development Corporation.