Coronavirus: Six patients recover in Lagos, set to be discharged 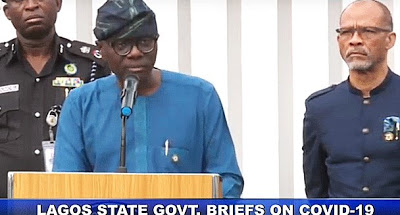 The Lagos State Government is set to discharge Six of the patients being treated for the coronavirus admitted at the Infectious Disease Hospital in Yaba.

Professor Akin Abayomi, in a radio broadcast on Thursday, said the six patients have recovered and will be released in a day or two.

Also, Tunde Ajayi, special assistant to the Lagos state governor on health, disclosed this on Twitter on Thursday afternoon.

Read Also Pandemic Tourism Or the Death Of Tourism? by Folorunsho Coker

Ajayi wrote: “Six of our #COVID19 inpatients have recovered and will be discharged soon. There is something Lagos is doing right. Lagos takes the lead.”

Nigeria now has a total number of eight infected patients who have recovered from the deadly disease.

The Nigeria Centre for Disease Control (NCDC) had on Wednesday announced via its Twitter handle that the number of confirmed cases in Nigeria was 51.

It said one of those infected is in Rivers state, and that Lagos and Abuja recorded two new cases each.

The centre added that three of the new cases are returning travellers while two are close contacts of an infected person.

Coronavirus is now in eight states and the federal capital territory (FCT). While Lagos has the highest number of 32 cases, Abuja has 10 and Ogun State has recorded three so far.