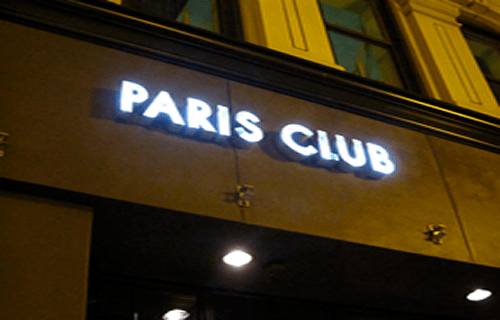 Hope for state workers to receive payment of their December salaries as well as the backlog of arrears is on the brink of being dashed as the Federal Government and 36 State Governors have been dragged to court by the consultant that handled the disbursement of the Paris Club Refund.

A source highly placed in the Presidency told our correspondent that the said consultant had taken the duo to court for non-payment of the 5 percent consultancy fees due to him.

According to the source, the suit may stall further withdrawals from the account; an account which most state governors had banked on to pay workers’ salary before the Christmas celebration.

The Source said that the case had been filed at the Federal High Court Abuja.

The person explained that before this new court case, efforts were in top gear to release the balance of the Paris Club refunds to states to pay workers salaries all over the country before Christmas.

“The payment of the Paris Club refunds were at the final stages to be paid to enable the workers enjoy the Christmas and New Year festive seasons,” the person said.

In a releated development, the earlier scheduled Federation Account Allocation Committee (FAAC) meeting was put off till Saturday because stakeholders had not received the component statement from NNPC.

One of the state Commissioners of Finance, who pleaded anonymity, told NAN that for the second time, the NNPC is late in remitting funds into the Federation Account.

“NNPC is the major cause of all these things, they have not brought in money just like last month.

“Last month, the state governors insisted that they (NNPC) must bring in money before they later brought out N30 billion from Excess Crude Account (ECA) before the last FAAC could hold.

”This  indicates that NNPC had not paid money into the Federation Account. Without that money we have to wait till tomorrow for FAAC meeting to hold.

“If the component statement is sent from NNPC it will take about six hours before the stakeholders can go through it” the commissioner said.

To remove any hitches he had directed the CBN, Ministry of Finance, and the Budget Office of the Federation to work out how the outstanding fund would be paid before 2017 ends.

The payment began in December 2016, with the release of about N522.74 billion to all 36 states in the first tranche of the Paris Club refund.

The federal government later in July 2017, released the sum of N243.8 billion as second tranche in the repayment of Paris club refund.

The funds were released following protests by states against over deductions for external debt service between 1995 and 2002.