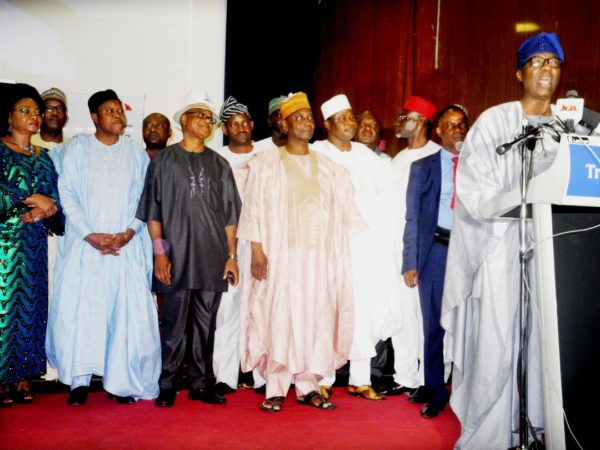 A former governor of Ogun, Chief Gbenga Daniel, on Wednesday said Peoples Democratic Party (PDP) had been losing elections because it deviated from its guiding principles.

Daniel stated this while declaring his intention to contest for the national chairmanship of the party in Abuja.

He said that one of the guiding principles which defined the essence and character of the party but was jettisoned was transparency.

“I have done informed study of the myriad of problems which confronted our political party in the last few years, especially the one which had cost us several electoral victories since 2011, especially the presidency in 2015.

“Various reasons have been given about how we got to where we are. Chief of these are indiscipline and impunity, lack of internal democracy.

“Others are imposition of candidates as well as dangerous introduction of ticket racketing to unpopular candidates.

“The alteration of the time-tested zoning formula and convention also contributed in no small measure to the undoing of the PDP,’’ he said.

Daniel said that a party that was hitherto governed by ethos and administered by internal conflict management mechanism based on equity, fairness, transparency and democracy became hostage to judicial controls.

He said that today, PDP still carried the scar and in some cases, wounds from the misunderstanding and breakdown in the party discipline order.

“I have come to the conclusion that the challenges which faced our political party are not permanent; they can be rectified through a careful deployment of intelligent resources.

“More so, the willpower and ability to work through difficult situations, concession and compromises if need be, and ability to move all our people into one disciplined consensus on all matters.’’

According to Daniel, my ultimate goal is to work towards the victory of our party in the 2019 general elections and in all other elections in between.

He said that the target also included bringing back many of the party’s member, who had left, adding that this was not the time to start passing the buck.

He said that it was time to move on, a time to start afresh.

The former governor stressed the need for a more focused, disciplined and reinvigorated PDP, adding that realising such values transcended the desire to merely hold office.

He said that his quest to become national chairman of the party was a clarion call to provide an alternative political platform to offer distinctive leadership Nigeria so much desired.

He said that the fate of Nigeria seemed intertwined with that of PDP, adding that “Nigeria needs us, the citizens are looking up to us, and we cannot afford to fail them’’.

Daniel said that the PDP was and still remained the greatest party in Nigeria and Africa.

“I think I am most eminently qualified to correct some of the mistakes of the near and remote past having served as a Chief Executive Officer of one of the most complex states in Nigeria,’’ he said.