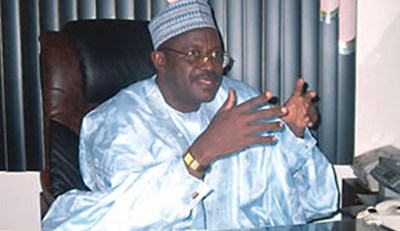 Sankara was received by the Jigawa Governor, Alhaji Muhammad Badaru at the Malam Aminu Kano triangle Square on Sunday in Dutse.

Badaru said that the defection of the former senator was a welcome development to the party in the state.

The governor said that the APC had caught a big fish, because of Sankara’s  pedigree in his former party.

Badaru recalled that Sankara was one time National Vice chairman, PDP Northwest geo-political zone and Sole Administrator of the party in Sokoto state.

“With his defection to APC, PDP is completely dead in Jigawa because Sankara is one of the founders of PDP in the country and the person that brought it to jigawa,’’ he said.

The governor, however, said that the immediate past administration left a contract liability of N92 billion to him but with the help of God and the good people of the state, he overcame the situation.

He lamented the myriad of problems left by the previous administration of PDP at both state and federal levels which resulted in President Muhammadu Buhari giving out bail outs to states.

Chief John Oyegun, National chairman of APC who was represented at the ceremony by the chairman of the party in the Northwest, Alhaji Shuaibu Lawal, assured that Sen. Sankara would be treated fairly like other members of the party.

Earlier, while formally declaring for the party, Sankara said that he was joining the party with 8,905 of his supporters.

Sankara pledged to work for the unity and progress of the party, to win all elections in the state and at the federal level.   NAN