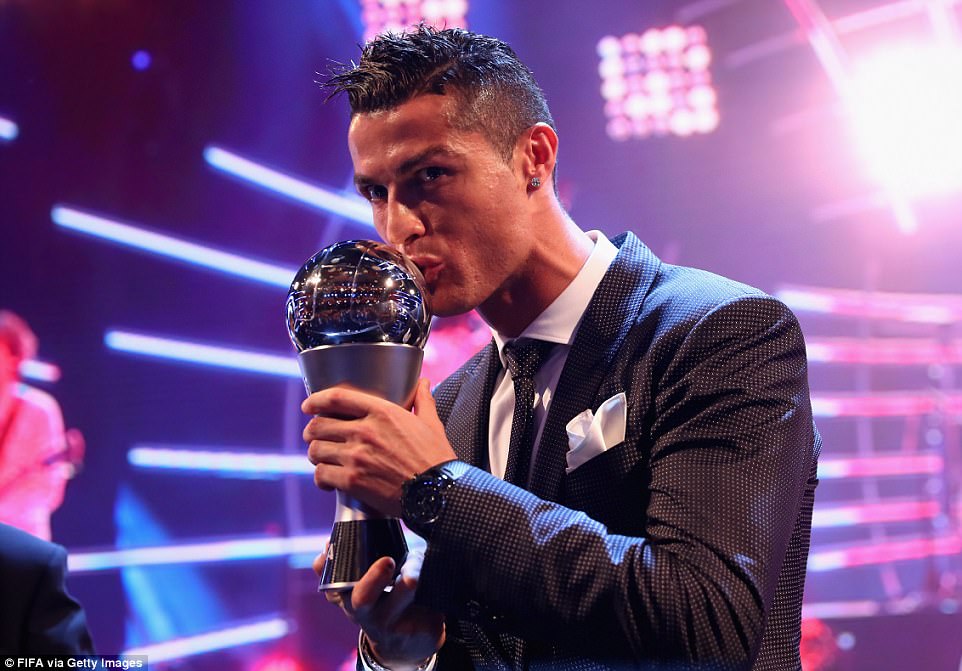 Cristiano Ronaldo retained his FIFA men’s player of the year crown on Monday night, beating Lionel Messi and Neymar to earn the accolade of the world’s best footballer.

The Real Madrid star picked up the award ahead of his rivals from Barcelona and Paris Saint-Germain on the back of triumphs in La Liga and the Champions League last season.

Ronaldo has scored 44 goals for club and country so far in 2017 and scored twice in the Champions League final in June as Real retained the trophy and became European champions for a record-extending 12th time.