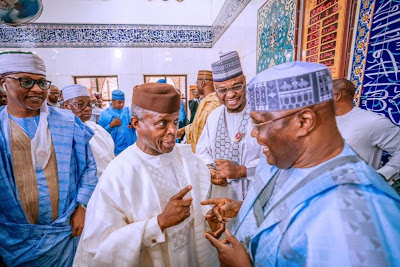 Ribadu, the presidential candidate of the Action Congress of Nigeria in the 2011 general election, dragged some of Nigeria politicians to the wedding ceremony of his son, Mahmud Ribadu, held in Abuja.

The wedding took place at the Al-Nur Mosque in Abuja.

Below are some photos from the celebrated event