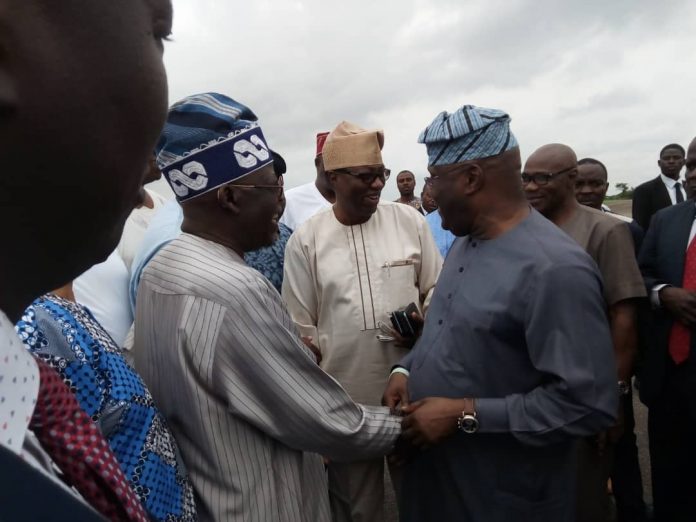 Bola Tinubu, a national leader of the All Progressives Congress (APC), met with former Vice-President Atiku Abubakar at Akure airport in Ondo state on Monday.

Both men were locked in a warm embrace for a short period.

Rotimi Akeredolu, governor of Ondo state; Gbenga Daniel, former governor of Ogun state, were among the dignitaries at the airport.

On the other hand, Tinubu’s comprised of Governor Rotimi Akeredolu of Ondo State; Kashim Imam and Pius Akinyelure. 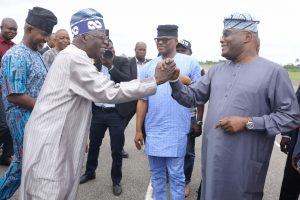 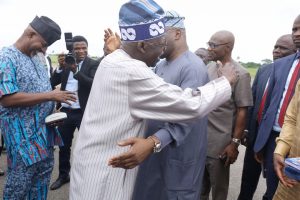 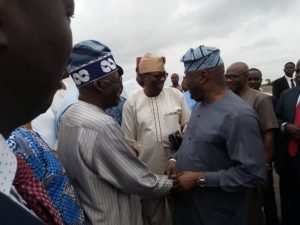 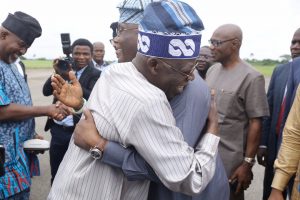