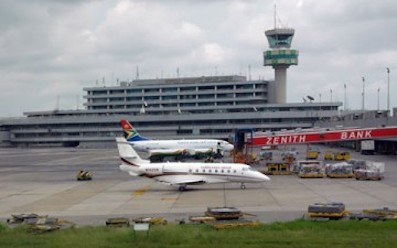 Although no imminent threats were immediately identified by federal authorities, the reported influx of ISIS fighters displaced from Iraq, Syria and other Middle East territories into Nigeria was enough to impose new requirements at airports.

The Office of the Secretary to the Government of the Federation (OSGF) alerted the Nigerian Civil Aviation Authority (NCAA), Federal Airports Authority of Nigeria (FAAN) and the Nigerian Customs Service (NCS) to a threat issued by ISIS in April, according to a May 25 memo seen by Premium Times NG.

“Although Africa appears not to be on ISIS immediate focus, the return to Africa of former ISIS fighters from Iraq and Syria, as well as the existence of ISIS-linked groups, such as the technically-suave Abu Musab Al-Barnawi-led Boko Haram faction, calls for increased vigilance in the aviation sector to counter possible new strategies in the ISIS terror campaign,” the May 25 memo said.

Abu Hassan Al-Muhajir, a spokesperson for ISIS, said in the April 22 message that ISIS was plotting to “bring bloodshed to the skies” as part of its new global terrorism strategy. The threat was circulated through ISIS propaganda channels in broadcast and online media. A man was said to have taken a knife onto a plane and seated in the aisle, indicating that the threats might be carried out using knives or other sharp objects.

The terrorist group claimed responsibility for downing a Russian passenger flight in 2015, killing 224 people. The group’s fatal capabilities have been severely degraded over the past year, and it is believed to be holding less than three per cent of its previously held territories in Syria, Iraq and elsewhere.

The NCS responded to the alert by directing all commands and federal operating units to “intensify the screening process of all passengers and luggage” and take other measures necessary “to forestall any potential security breach,” according to a June 13 directive seen by Premium Times NG.

It was not immediately clear whether or not the NCAA and FAAN have scaled up screening procedures in compliance with the OSGF’s alert, their respective spokespersons did not immediately return requests for comments Tuesday morning.

The OSGF did not recommend any specific measures that should be taken to neutralise the threat, and it was unclear whether or not carry-ons, such as notebooks and e-readers, will be added to the list of items that can not be carried onto a plane by airport security.

Nigeria has recorded several fatal air accidents, but none was ever linked to terrorism. But recent claims that ISIS fighters are entering Nigeria through its West African affiliate frequently unsettle federal authorities, prompting new security measures.

The latest alert comes as reports in UK newspapers said ISIS fighters are sneaking into Nigeria to plot devastating attacks.

“It is feared IS will exploit regular flights between Lagos and London to export more evil to the UK,” the UK Sun reported last weekend. The paper quoted a Nigerian Air Force official as confirming that there’s a regular exchange programme between the ISIS fighters in the Middle East and Asia and their West African counterparts.