HomeBusiness‘’We Are In Possession Of Emails, Documents Detailing Dangote’s Calculated Attempt At...
BusinessFeaturedNews

‘’We Are In Possession Of Emails, Documents Detailing Dangote’s Calculated Attempt At Sabotaging Our Operations’’ BUA reveals 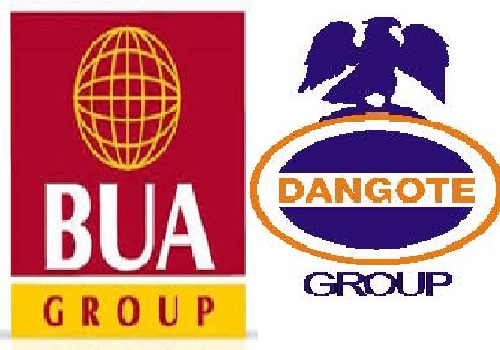 The raging crisis over ownership of Obuh mines between cement manufacturers BUA and Dangote is far from over.

BUA in fresh revelations claims it is in possession of pieces of evidence detailing calculated attempts by Dangote to sabotage its operations.

The statement which detailed the revelations read;

We are increasingly appalled by a new set of publications, actions and tactics by Dangote Plc and its staff which have been falsely attributed to the Federal Government, seeking to achieve what they couldn’t get through legal means or their “connections in Government”. These relate to the ongoing mining dispute between BUA and Dangote.

We, therefore, wish to draw the attention of the general public, investing public and other stakeholders to these new set of malicious and misleading information which are in fact, being cooked up in the offices of Dangote Plc. These publications have, at various times, been falsely attributed to pronouncements made by the Federal Government represented by the Ministry of Mines. BUA is now in possession of emails (see attached, examples) amongst other documents detailing a calculated attempt by Dangote Group to discredit and undermine BUA’s operations whilst painting a false picture to their stakeholders and the general public. See examples below and attached.

In addition, whilst the Dangote Group in their diatribe published in Thisday Newspapers of Friday, December 22, 2017 made various assertions to being the victim of an alleged media campaign against them, these evidences (some of which we deem too offensive to share in public domain) proves otherwise that they have in fact been the primary aggressor.

The facts of the issue remain;

On our part, we agreed with the Plaintiffs’ (i.e. BUA) lead Counsel on the need for parties not to interfere with the subject matter of the pending Suit and went further to urge the Court to extend its disciplinary power to the Plaintiffs who have been mining illegally on the mining lease despite the pendency of this Suit and the sister Suit. We equally corrected the erroneous impression created by the Plaintiffs’ Counsel that the 4th to the 6th Defendants are the ones instigating the 1st Defendant.

This expose above, from the transcripts of their lawyers, not only puts to bed Dangote’s insistence that there is no pronouncement by the courts on maintaining Status Quo but also goes to show the extent to which Dangote Group, their staff and apologists will go to engage in unethical media propaganda against BUA who is simply following the dictates of the courts.

We are also in receipt of evidence to show that Dangote Group directly and indirectly, caused to be written, published, solicited and sometimes paid for, the unlawful statement by Ministry of Mines ridiculing the ongoing court process whilst openly taking sides in a dispute to which they are a party in a suit.

We therefore wish to call upon the relevant agencies including but not limited to The Nigerian Stock Exchange, the Securities & Exchange Commission, EFCC, and the Nigerian Police amongst others to investigate thoroughly these actions, which have crossed the boundaries of anti-trust and are very anti-competitive in nature. We also wish to ask media houses, online platforms and others to kindly verify the source of information being peddled to them in respect of this matter to avoid running afoul of the law.

BUA is under no illusions that these attacks (directly or otherwise) will stop nor are we able to comprehend why it is difficult for a “good corporate citizen” as they claim to be, to respect the rule of law and wait for the judicial process to take its rightful course. BUA however wishes to state unequivocally that no amount of intimidation, bully tactics or using ‘agents in government’ to usurp the powers of the courts will make us succumb to intimidation.

BUA insists on respect for the judicial process and would expect Dangote Group, as a publicly listed company and their cohorts to do same. Only through this can we show the outside world, investing public and other stakeholders that indeed, Nigeria is ready for business and competition can thrive in a free, fair and equitable environment devoid of fear, impunity, unfair competitive advantage or bias.