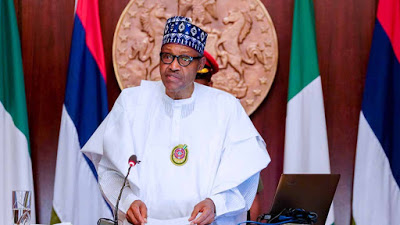 The Socio-Economic Rights and Accountability Project (SERAP), An anti-corruption advocacy group, has tasked President Muhammadu Buhari, Vice-President Yemi Osinbajo and governors of the 36 states to publish and make the contents of their asset declaration forms submitted to the Code of Conduct Bureau public.

The group said this in a statement by its Deputy Director, Kolawole Oludare, on Sunday that Buhari, Osinbajo and the governors would be promoting transparency by making public, the summary of the assets they declared upon taking office.

Oludare said the request was anchored on the Freedom of Information Act, stressing that SERAP would sue the President, the Vice-President and the governors if they failed to oblige the request within seven days.

“The summary of assets to be disclosed include, where applicable, the following: savings and other liquid assets, all immovable property and shares and actions in any private and public companies; property purchased by way of tender from any public law entities and information about businesses owned.

“The non-public disclosure by public officials of their summary of assets seriously undermines the effectiveness and integrity of the constitutional and statutory obligations to submit asset declarations, especially given that declarations are designed to curb grand corruption.

“The non-disclosure of assets also undermines the authority of the CCB and weakens the public trust in the asset declaration regimes.

“Our FoI request does not clash with the rights to privacy and data protection.

“Both rights are not absolute and can be restricted provided there is a basis in law and a legitimate public interest justifies the restriction.

“Prevention of grand corruption and exposing unexplained wealth of officials are serious and legitimate public interests.

“We would also like you to clarify if you have encouraged members of your cabinet to also submit their asset declarations to the CCB and to make such declarations public.

“If so, we would like you to provide information on the details of those that have made submissions,” SERAP said.