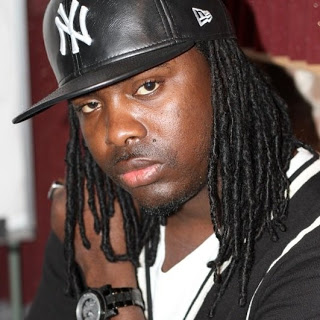 His energetic and lyrically proficient performances at both the “Sting Reggae Festival” and “Sumfest Concert” solidified his stance on the threshold of dancehall royalty, and his fame grew as time glides by.

He is an (international) Jamaican reggae /dancehall star, whose reverberating songs and unique stagemanship was blowing up many dancehalls before the advent of the dreaded Coronavirus pandemic.

Young, incredibly talented and turbocharged for a musical takeover, Nicoy Salmon, better known by his stage name ‘Frassman Brilliant’ was born in Kingston Jamaica, and spent his early years in Rock Hall, in the Parish of Saint Andrew before relocating to Waltham Park, Kingston 13 with his parents.

The young Frassman’s love for music became evident while he was a pupil at the Calvary Preparatory School in Kingston, where he also started showing signs of a prodigious mastery of the game of football.

He continued in the same pursuits while growing up, and his musical talents started getting nods from some sound system bosses who contracted him to produce dubplates for them, which in turn got favourable hypes at the shows they were showcased.

His energetic and lyrically proficient performances at both the “Sting Reggae Festival” and “Sumfest Concert” solidified his stance on the threshold of dancehall royalty, and his fame grew as time glides by.

He went on to release “Bling Bling” on the Virus Riddim, and as would be expected, the lanky six footer started getting calls from industry eggheads who wanted to collaborate with the hottest new kid on the block after he bested his earlier effort with “Dat Nuh Hard Fi Duh” on the NS Music Enterprise label in 2013.

The rhythm was so captivating and commercially viable that a lot of Jamaican artistes rode on the “Dat Nuh Hard Fi Duh” ‘Riddim’, which on its own merit was a huge statement of validation for any creative artiste.

Achieving massive international airplays in 2016 with the release of “Pop Off” and “Workey Workey”, two hit singles that examined the nuances of friendly enemies and the importance of self reliance, delivered in hard-hitting dancehall/Soca vibes, the youth man got the full and undivided attention he deserved. And this was after proving his versatility earlier as an artiste on a collaborative effort with the internationally revered Laza Morgan on a song titled “We Gonna” which peaked creditably well across Europe.

Frass got all proud Jamaicans reeling with nationalistic euphoria when he dropped “Welcome to Jamaica” in 2017.

The single ignited a new patriotic zeal in many Jamaicans to the extent that it was adopted and tagged as ‘the ultimate marketing tool for Jamaican Tourism Board’. As expected, the single peaked in all major music charts across the Caribbean.

His eclectic performance at “Magnum New Rules” alongside Mavado and Alkaline is still talk of the town, while his class act performance for the highly syndicated 11th edition of “Best of the Best” in Miami-Florida, which was trailed by the showstopper throwdown he had at New York’s “BB King Shutdown Free Party” alongside Konshens, Kranium and Shenseea lives on in the memories of all who witnessed these explosive performances.

“Money Hunt” and “Brain Food” was released in 2018 on NS Music Enterprise and Fullchaarge Records respectively with appreciably high impact, especially “Brain Food” which is Frassman’s personal ode to the healing of the nations, which ammassed an incredible global popularity as it peaked on some charts.

A cameo appearance by Superstar Lutan Fyah in the follow up video also went a long way in solidifying this young man’s claim to dancehall glory.

Frass got busy again in 2019 with collaborative efforts with world acclaimed DubTonic Kru on the song “Mr. Law” and also with the melodious vocalist Gyptian on his “Magic” project. As the year 2020 dawned, our hardworking artiste opened it up with the awesomely successful single “Concrete Jungle” featuring Jubba White.

He followed this up with the surreal “Alien Sport” on worldpress riddim alongside Alkaline and Mavado before dropping the chart topping “Call my Number!”

Frassman who is desirous of doing a couple of collaborations with African dancehall artistes to push his brand in the mother contnent cited the successes achieved by other Caribbean artistes in the continent as a major motivation.

According to Frassman: “Collaborations are the essence of music and my career is a testimony to this fact, and I sincerely believe that doing joint projects with African stars would be mutually beneficial.”

He went on to opine that “A good dancehall artiste should not be limited to doing music falling within the genre. The ability to hop onto any other genre and still deliver is unique!”

The act also bemoaned the devastating effects of COVID-19 and its unprecedented challenges for the global music industry while still painting a picture of a brighter tomorrow for hardworking industry practitioners:

“I cancelled tens of shows and that ultimately hit my revenue source but it is not all doom and gloom. For instance, music streaming services witnessed an upsurge resulting in revenue growth. I’ve also had more free time to work on my music as my schedule isn’t packed.”

He’s primed to takeover and he has got the required doses of lyrical butter to coat his way through.