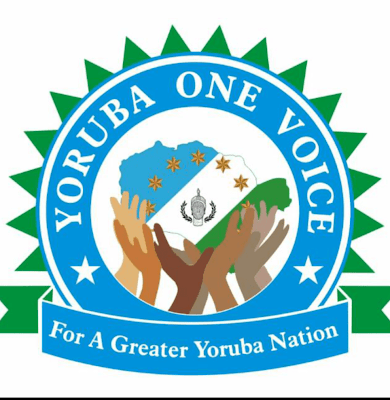 Yoruba One Voice (YOV), a Yoruba coalition in the diaspora, has described as ‘insensitive’ President Muhammadu Buhari’s response to calls for the restructuring of Nigeria.

YOV announced that Buhari’s stance may push the Yorubas to secede from Nigeria.

Spokesman of the group, Zacheus Somorin, in a statement on Tuesday, appealed to the members and organizations to commence the framework “for the review of the country’s structure”.

This is coming following comments by presidential spokesman, Garba Shehu, that Buhari will not succumb to threats and undue pressure regarding devolution of powers.

YOV said despite the fact the ruling All Progressives Congress (APC) and President Buhari rode on the wings of agitation in 2015 to earn votes, his body language shows that he is not in full support.

“We expected that this administration will collate, digest and present assurances to Nigerians that President Buhari will do the needful by rebuilding the country towards inclusivity on the altar of restructuring. But the government had other ideas wrapped in uncouth language. But Nigerians will not be shout down from making their points even in the face of threats.

“For a nation of over 200 million people, the incidents of the past weeks should have taught us that if any civil war happens in Nigeria, the casualties will be huge. That is why we are urging the UK, the US Congress, the Commonwealth, the British Parliament, and other international bodies, to superintend over the peaceful dissolution of the country.”

Somorin stated that the YOV has placed the United Nations (UN) and the African Union (AU) on notice about their intentions; he said the Yoruba glory is being trampled upon based on how Nigeria is presently structured.

“It is clear that the current leadership of Nigeria is not, and has never been committed to the fundamental objectives and directives of the principles of statehood, policies of Federalism as enshrined in Chapter II of the Constitution that it derived its powers from. Our people are tired of terrorism, insecurity, hopelessness, injustice, killings, unemployment, inequality, corruption, scandals, violence, oppression, extortion, and assault.

“Our people are entitled to their inherent, inalienable rights to self-determination and dignity of their persons in accordance with Article 1 of the Universal Declaration of Human and Peoples Rights of 1948; Article 20 of the African Charter on Human and People’s Rights, Article 1 of the International Convention Civil and Political Rights and the International Convention on Economic, Social and Cultural Rights.”