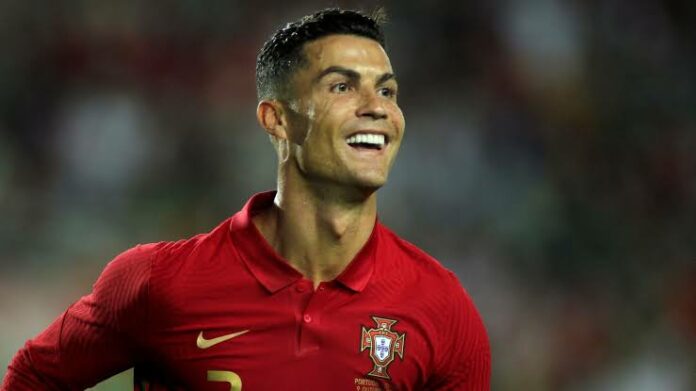 Ronaldo converted two penalties inside the opening 13 minutes before completing his 58th career treble for club and country with a late header that took him to 115 international goals.

Bruno Fernandes and Palhinha also found the target as Portugal moved a point behind group leaders Serbia, who they host in the final round of matches.

Bernardo Silva was fouled to prompt the first penalty in the eighth minute, while Ronaldo himself was brought down inside the area before converting the second penalty five minutes later.

He had to retake it, though, after Andr Silva entered the area too early.

Ronaldo also struck the post, before his Manchester United team-mate Fernandes made it 3-0 with just 18 minutes on the clock.

Cristiano Ronaldo was denied an incredible overhead kick goal as he looked to secure a hat-trick against Luxembourg.

Palhinha netted a fourth in the 69th minute – moments after Ronaldo came close with a stunning bicycle kick that was saved by Luxembourg goalkeeper Anthony Moris.

Portugal’s victory sets up a straight shootout with Serbia for first place after they beat Azerbaijan 3-1 in Belgrade.