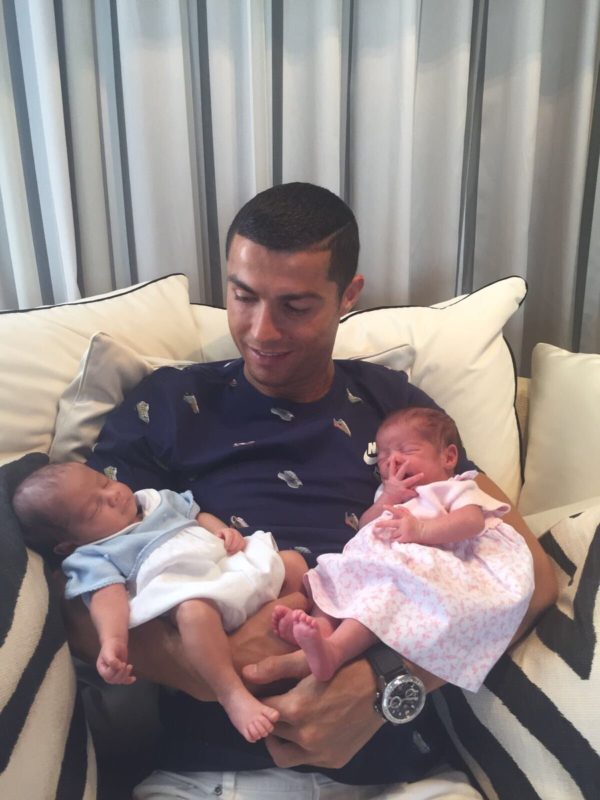 Cristiano Ronaldo will be missing  in action on Sunday in Portugal’s third-place match at the 2017 Confederations Cup.

Instead, he will be in the United States west coast,  playing nanny, changing the nappies and singing lullabies for his twin baby sons delivered by a surrogate mum a month ago.

Ronaldo, 32, was released from Portugal’s squad late Wednesday after their defeat on penalty kicks to Chile in the Confed Cup semifinals in Russia.

It is not clear whether Ronaldo travelled to the US Wednesday night.

But pointers that he may have  arrived in the US showed when he published his photograph with the twins.

“So happy to be able to hold the two new loves of my life” , Ronaldo said on his Instagram page, where 105million people are following him. The post generated over 5 million likes in six hours.

“The President of the Portuguese Football Federation and the national picker have today had an attitude that has touched me and I will not forget. I’m very happy to finally be with my children for the first time.”