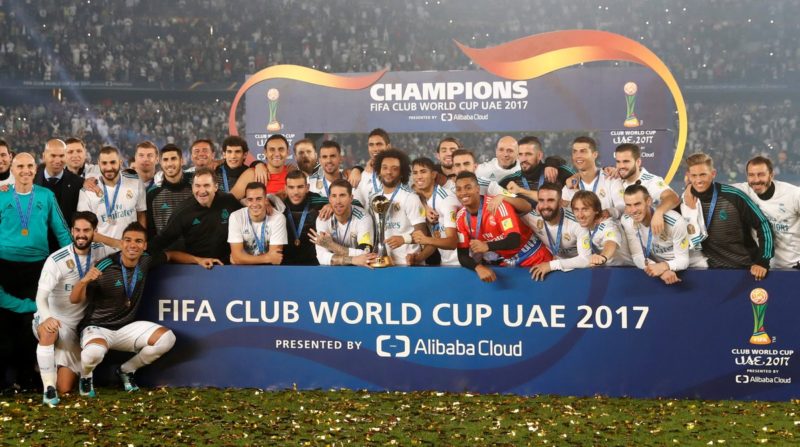 Real Madrid had Cristiano Ronaldo to thank once more as they beat Grêmio 1-0 to win the FIFA Club World Cup for a third time, matching Barcelona’s record – and took their tally of intercontinental titles to six.

A second-half strike from Cristiano Ronaldo was enough to hand Real Madrid, the FIFA Club World Cup for the second successive year.

Madrid surely deserved the victory, having dominated the encounter with the South American champions in Abu Dhabi on Saturday evening.