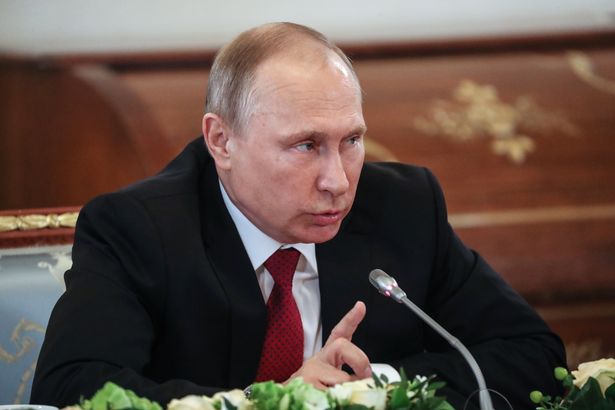 Reports say that in spite of sanctions on North Korea, Russian tankers have continued to supply fuel to the secretive communist country.

Russia is accused to have supplied fuel on at least three occasions in recent months by transferring cargoes at sea.

The security sources say Russia was providing an economic lifeline to the secretive Communist state.

The sales of oil or oil products from Russia, the world’s second biggest oil exporter and a veto-wielding member of the United Nations Security Council, breach U.N. sanctions, the security sources said.

The transfers in October and November indicate that smuggling from Russia to North Korea has evolved to loading cargoes at sea since Reuters reported in September that North Korean ships were sailing directly from Russia to their homeland.

“Russian vessels have made ship-to-ship transfers of petrochemicals to North Korean vessels on several occasions this year in breach of sanctions,” the first security source said.

A second source, who independently confirmed the existence of the Russian ship-to-ship fuel trade with North Korea, said there was no evidence of Russian state involvement in the latest transfers.

“There is no evidence that this is backed by the Russian state but these Russian vessels are giving a lifeline to the North Koreans,” the second European security source said.

The two security sources cited naval intelligence and satellite imagery of the vessels operating out of Russian Far Eastern ports on the Pacific but declined to disclose further details to Reuters, saying it was classified.

Russia’s Foreign Ministry and the Russian Customs Service both declined to comment when asked on Wednesday if Russian ships had supplied fuel to North Korean vessels. The owner of one ship accused of smuggling oil to North Korea denied any such activity.

The latest report came as China, responding on Friday to criticism from U.S. President Donald Trump, denied it had illicitly shipped oil products to North Korea.

North Korea relies on imported fuel to keep its struggling economy functioning. It also requires oil for its intercontinental ballistic missile and nuclear program that the United States says threatens the peace in Asia.