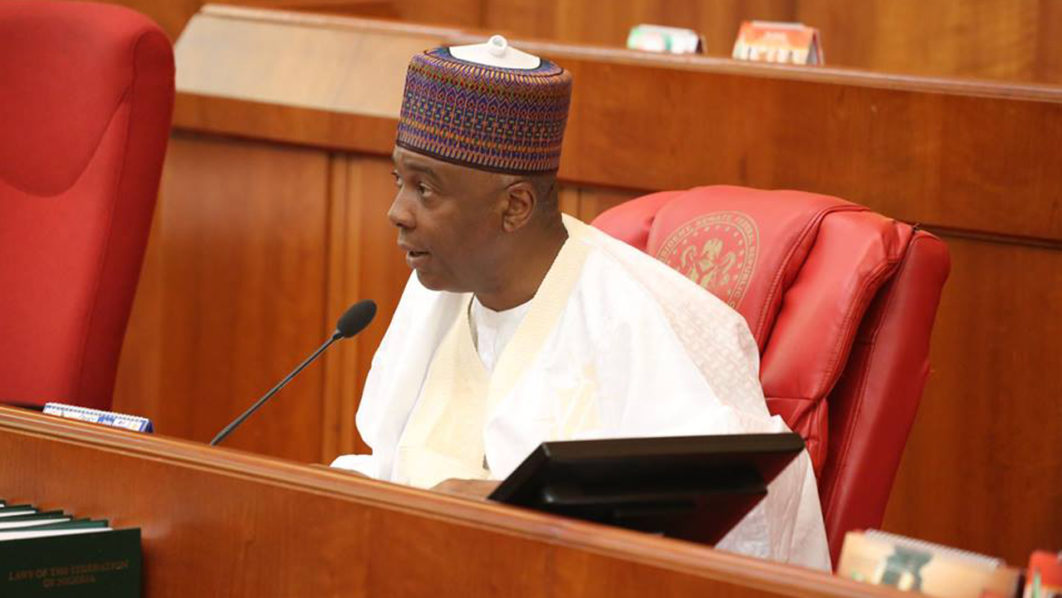 Saraki: FG’s appeal against CCT ruling does not bother me

The Guardian NG>>> Nigeria’s Senate President Bukola Saraki said Friday that he was unbothered by Nigerian government’s decision to appeal against the ruling of the Code of Conduct Tribunal (CCT), which upheld the plea of no case submission he made on the 18-count charge of false asset declaration preferred against him.

Saraki said in a statement signed by his media aide Yusuph Olaniyonu that he was confident that the government would lose its appeal since the facts of the case favoured him.

“The verdict at the appellate court would not be different from that of the tribunal as the facts of the case remain the same and the grounds on which the decision of the CCT was based remain unassailable,” Olaniyonu said.

Saraki was discharged and acquitted of the 18-count charges of false assets declaration preferred against him by the Nigerian government after tribunal upheld the no-case submission filed by his lawyers.The tribunal Chairman, Danladi Umar, in a ruling, held that the four prosecution witnesses failed to establish a prima facie against Saraki.

His spokesman said boss’s acquittal was in spite of moves by some “desperate” people in President Muhammadu Buhari’s government to influence the ruling against.

“The Senate President notes that another sign of desperation by those who want to get him convicted at all cost was the failed antics of the prosecution counsel, Mr. Rotimi Jacobs, who in collusion with the Economic and Financial Crimes Commission (EFCC) sought to manipulate evidence at the tribunal.

“On realising the fundamental flaw in its case as it did not invite the defendant to make any statement at any point in the investigation, the prosecution brought in an agent of the EFCC to tender old statements Saraki made in a totally different and unrelated matter that had nothing to do with false asset declaration.

“The prosecution forgot that the letter inviting Saraki to make the tendered statements explicitly mentioned the matter being investigated. At least, there are documents to prove this.

“The prosecution tried to circumvent the judicial process by ensuring that the witness did not enter into the witness box so as not to be on oath. However, the tribunal, as it is obvious in its ruling, saw through the dirty trick. It, therefore, disregarded that piece of evidence and described it as irrelevant and of no value to the case.”

Saraki said he has an unflinching belief in and respect for the judicial process and that the belief in the judiciary is the basis for his assurance that the position of the CCT that he is not guilty of the charges preferred against him would be sustained in the higher courts.