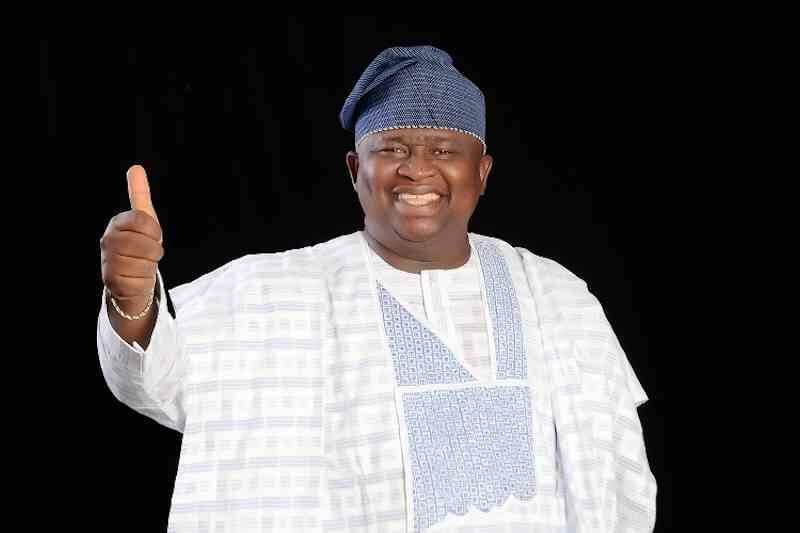 Some residents of Lagos West Senatorial District, including Lagos State University (LASU), Ojo, and National Association of Nigerian Students (NANS), recently got some support from the lawmaker representing them in the Senate, Senator Adeola Solomon, The Sun reports.

While giving his second stewardship accounts at an event at Badagry VIP chalets, Senator Solomon who is also popularly known as Yayi, said he was glad that in fulfillment of one of his electoral pledges, he was privileged to be giving his people a report on the journey so far as well as holding an empowerment and poverty alleviation program for some of them.

According to The Sun, Senator Adeola regretted the recession being experienced in the country prevented him from providing more empowerment materials. He however donated two 18-seater Toyota Hiace buses to LASU and the National Association of Nigerian Students whose members were involved in an accident recently. He also made an endowment for the best graduating accounting student in LASU, and as well bought 500 GCE forms for secondary school pupils.
Yayi also gave out 28 block moulding machines, 29 deep freezers, 28 sewing machines, 10 welding machines, 10 vulcanising machines, 28 generating sets, 28 clippers, and many others as part of his empowerment program.“The above might be a drop in the ocean relative to the huge need to be met in our humongous Senatorial District. But as I said, I do not take your support and confidence in me over these years lightly. I will cherish it for the rest of my life whatever the circumstances, going forward.”
He also added that across the nation, the district did not fare badly in the delivery of dividends of democracy. He urged those yet to directly benefit from the empowerment to be patient, adding that “the exercise was a continuous one.”

Responding after receiving the key to the 18-Seater Toyota Hiace Bus, the Director, Directorate of Advancement of LASU, Prof. Ibiyemi Olatunji-Bello, appreciated Senator Adeola for his kind gesture towards the institution.
“Senator Yayi represents Lagos West Senatorial District, and LASU is also in the district. So, we went to him and challenged him that he had to do something for the university, and he promised us that he would do more than we had even asked for.”
Professor Olatunji-Bello who was also at the event charged the senator to press more on the 35 per cent affirmative action for women in the Gender and Equal Opportunity Bill.
Iyaloja General of Nigeria, Folashade Tinubu-Ojo, who was represented by Alhaja Oluwafumilayo Martins, acknowledged that the senator’s initiative of empowering constituents yearly was laudable. But she expressed displeasure that market women were not carried along.
Oshodi Local Government woman leader, Mrs. Dupe Adebayo, received a deep freezer on behalf of her local government. She said the lawmaker had performed extremely well within two years of representing the district. According to her, members of the constituency were proud of him because of his active roles and the bills he had sponsored so far.
“He is doing what we sent him there to do. We watch and we see those who are active and those who are not. Some are always sleeping while others never contribute to any discussion. But our senator is always speaking and is always active. We appreciate that and we are promising to make judicious use of this deep freezer given to our local government.”    Reports from The Sun