HomeForeignShannon No. 3 US diplomat quits
Foreign

Shannon No. 3 US diplomat quits 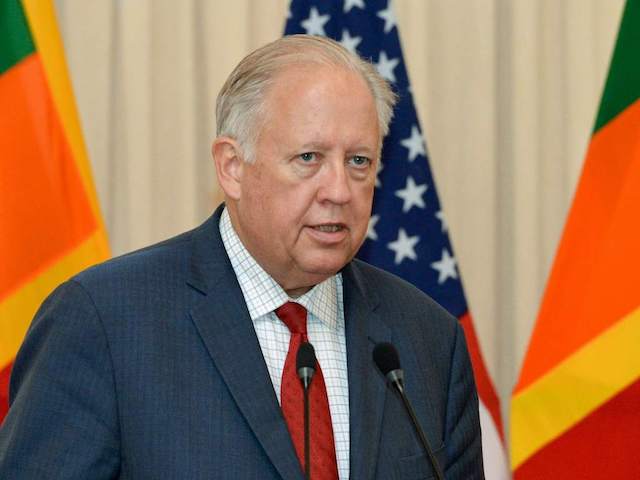 Tom Shannon, the U.S. State Department’s third-ranking official said on Thursday he was stepping down, the latest senior career diplomat to exit in the Donald Trump era.

Shannon, who serves as undersecretary of state for political affairs, is the most senior career diplomat at the State Department and has been a fixture among the nation’s diplomatic ranks during more than 34 years of service.

In a letter to department staff, Shannon, 60, said he was resigning for personal reasons.

“My decision is personal, and driven by a desire to attend to my family, take stock of my life, and set a new direction for my remaining years,” Shannon wrote in a note to staff after informing U.S. Secretary of State Rex Tillerson on Thursday of his decision to retire.

Shannon worked recently on some of the most complex and sensitive issues, including Iran’s compliance with the landmark nuclear deal and fraught relations with Russia.

Shannon’s departure is part of a steady stream of senior career diplomats who have left since Trump became president. It will deprive the State Department of a seasoned veteran at a time when the United States is grappling with crises on several fronts, most notably North Korea’s nuclear threat.

His calm demeanor, language skills and decades of experience made him a frequent choice for some of the thorniest assignments.

Shannon this month represented the United States at the inauguration of Liberia’s new president, George Weah, the highest-ranking U.S. official to visit the region after reported remarks by Trump that immigrants from Africa and Haiti come from “shithole” countries.

Shannon, who was ambassador to Brazil from 2005 to 2009 and served in posts in Cameroon, Gabon and Johannesburg, was tasked by former President Barack Obama in 2015 with improving acrimonious relations with Venezuela’s President Nicolas Maduro.

He was seen as a stabilizing force after Trump and Tillerson took office with a promise to downsize the State Department and policies. He had to manage growing dissent among career diplomats over the new president’s policies that antagonized Muslim nations and long-time allies in Europe and in Mexico.

The forcing out of many senior diplomats, the failure to nominate or to win Senate confirmation for officials to fill key agency roles, and a perception that Tillerson is inaccessible have eroded morale, according to current officials.

The State Department’s Under Secretary of State for Public Affairs, Steve Goldstein, said Shannon’s departure was not related to low morale and called him “an amazing man.”

Tillerson in November said he was offended by claims that the State Department was being hollowed out under Trump, saying it was functioning well despite scathing criticism from former American diplomats including Nicholas Burns and Ryan Crocker.

In a statement on Thursday, Tillerson congratulated Shannon on a distinguished career saying “his time was well spent.”

“I particularly appreciate his depth of knowledge, the role he played during the transition …and his contributions to our strategy process over the past year,” Tillerson said.

In his note, Shannon said he had agreed to stay on until a successor had been named and to ensure a smooth transition.