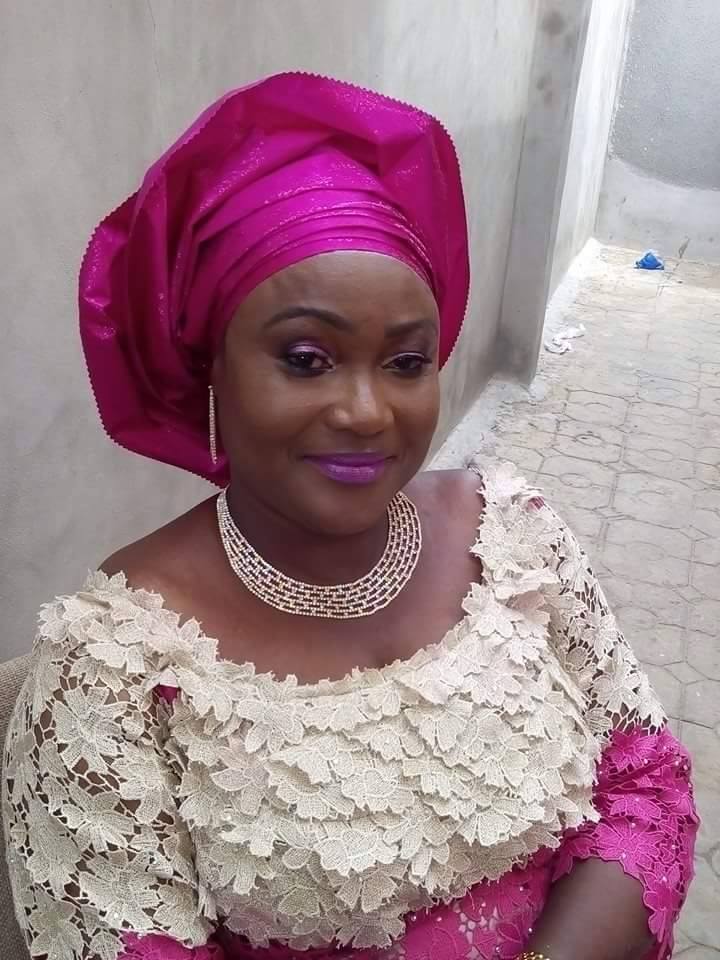 Lady of substance and respected society lady, Mrs Kemi Adeniji-Adeogun has been handed the chieftaincy title of Yeye Oge of Owode-Ota by the Onitetiku of Owode-Ota, Oba Wasiu Ogungbayi.

Ogun West News understands the chieftaincy title offered the woman about town came on the heels of her unprecedented contributions to social and cultural development of the town and that of Awori land in general.

The official conferment of the traditional honour is slated for July and it has been heard from close associates of the new ‘chief mrs’ that “she is planning a talk of the town ceremony.” Those in the know informed us that plans are already in top gear for an event described to be a show stopper.

In another vein, the school teacher has also been appointed as member of the Advisory Council of Atan/Iju/Ilogbo LCDA. The swearing in ceremony of her new appointment took place in Abeokuta on the 30th of April, 2017.

Whispering words from political circles indicate the appointment was meant to intimate the school teacher with political affairs as those in the know insist and alleged there are plans by the society woman to contest for a political post come 2019.

“Though we don’t know the post she will be vying for but we understand she’s likely to contest for a top post in the 2019 general elections.” A source hinted Ogun West News.

But Mrs Adeogun in a phone chat with Ogun West News said the rumor being peddle around about her intention to contest in 2019 general elections is ‘humbug’ and ‘baseless’.

She said “The rumor is humbug and baseless because I have no intention of contesting and I did not tell anybody I want to contest for any post in 2019 general elections. It is mischief makers at work trying to stir up unnecessary hullabaloo in the polity with my name.

“The rumor peddlers are only chasing mirage as their intentions with their rumors can never be attained. It is not a crime to contest for political posts but it is spinelessness of any politician to hide behind the door and play on another person’s popularity to achieve political goal. It is nonsensical to be going about and telling people lie and meaningless tales on what does not exist.”

The respected society lady also confirmed her appointment by Governor Ibikunle Amosun and her conferment as the Yeye Oge of Owode-Ota by Oba Wasiu Ogungbayi, the Onitetiku of Owode-Ota.

“Yes, I have been picked as the next Yeye Oge of Owode-Ota land and likewise I have just been appointed with others in my constituency as members of Atan, Ilogbo, Iju LCDA Advisory Council. It is a welcome development and an opportunity to serve the people and my community in my capacity.” She stated

Chief Mrs Kemi Adeogun is one of the respected daughters of the late Ogun State APC chairman and chieftain, Late Chief Rokeeb Adeniji. She is married to a popular retired school principal and hotelier, Mr Adeogun.