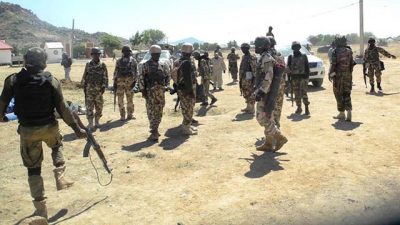 The governor of Ogun State, Prince Dapo Abiodun of Ogun has disclosed plans by governors of the South West Region of Nigeria to establish a joint security team to patrol the entire zone.

Abiodun made the announcement on Friday in Abeokuta at a sensitisation programme on the vision and focus of his administration held in preparation of the 2020 budget.

“A joint security team that will patrol major roads and provide adequate security to the people of the South West region of the country will soon be set up,” he said.

The billionaire politician, who expressed concern over the security situation in the country, said governors in the region had concluded arrangements over the issue.

He noted that no serious investor would be willing to commit funds in an area where they were not sure of the security of their lives and investments.

The governor also announced plans by the Ogun government to amend the laws guiding the security trust fund of the state.

Abiodun said that an amended Security Trust Fund Bill would soon be forwarded to the state House of Assembly for legislative action.

He said that major stakeholders would be involved in the management of the fund, adding that under the proposed arrangement, they would be allowed to take decisions without waiting for him.

The governor also stated that the government had commenced palliative measures on some bad roads in the state, particularly federal roads linking Ogun and Lagos states.

Read Also ‘You are doing many things that can break up Nigeria’, Afenifere tells FG

Explaining further about his plans for the state, Abiodun said his administration would convert some of the Model Schools built by the immediate past administration that had remained unused to technical and vocational training centres.

He added that the digitisation of the state would be pursued and deployed in the various sectors of the state to improve and enhance service delivery.

The governor, who also reeled out his administration’s plans for the agricultural sector, said government would liaise with other ‘agric-focused’ states to produce food that could feed the state and its neighbours.

Abiodun said the sensitisation programme was meant to produce a realistic budget that would focus on performance, adding that his administration was committed to taking the state to greater heights.