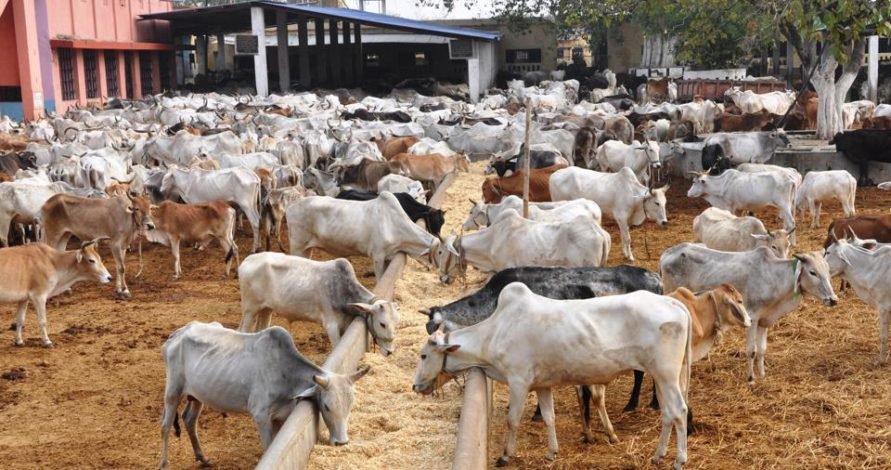 Chairman, Senate Committee on Information and Communications Technology (ICT) and Cybercrime, Dr. Abdulfatai Buhari has insisted that he and other 17 Senators from the South West geopolitical zone would continue to align with the decision of the leaders of the zone in rejecting the proposed cattle colony by the Federal Government, Daily Post reports.

Buhari spoke in Iseyin, during a town hall meeting and empowerment program he organised for the people of Oyo North senatorial district.

At the event were Governor Abiola Ajimobi and members of the state executive council; State Chairman of the ruling All Progressives Congress (APC), Chief Akin Oke who led other executive members of the party; Aseyin of Iseyin, Oba Abdulganiy Adekunle Ologunebi, other royal fathers from the senatorial district among others.

Buhari, who currently represents Oyo North district in the National Assembly, told newsmen that it would amount to injustice if he and other Senators from the zone support a policy that may cause trouble later.

He said that the program, where he donated 13 transformers, 300 motorcycles, 34 vehicles, 40 deep freezers, generating sets, sewing machines, scholarships to 200 students in tertiary institutions, N25,000 each to 50 widows and donation of WAEC forms to 300 students across the district, was organized to give back to his people who elected him.

Buhari said: “It is not my own view, I don’t have any view. I queued in to what our leaders say; the view of our leaders in the South West, and everybody knows what we want in South West.

“They send you to represent them not to push your personal opinion. Look at the potentials we have in Oke-Ogun; Oke-Ogun is an agrarian area.

“So for you now to bring people to come and destroy their crops and farms, nobody will take that, nobody will support that. Oke-Ogun will be the most affected area for such policy because it is an agrarian area.

“So I will key in to the position of our leaders and the idea is that look: your own job should not disturb others neither mine should disturb you. So we are supporting the position of Afenifere.”