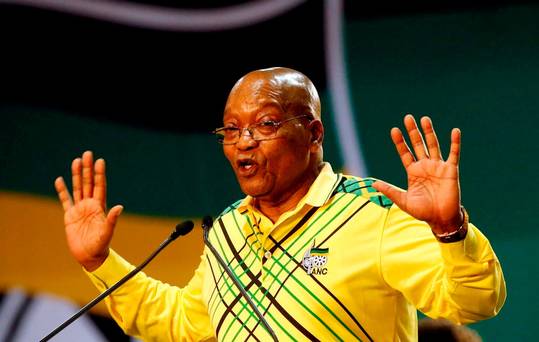 Zuma made the announcement in a televised address to the nation on Wednesday evening.

Earlier, Mr Zuma’s governing ANC party told him to resign or face a vote of no confidence in parliament on Thursday.

Zuma has been in power since 2009, but his administration has been riddled with many allegations of corruption.

On Tuesday, Ace Magashule, ANC’s secretary-general, told journalists that the national executive committee (NEC) decided that the removal should be “treated with urgency”.

“It is obvious we want Comrade Ramaphosa to come in as the president of South Africa,” he said.