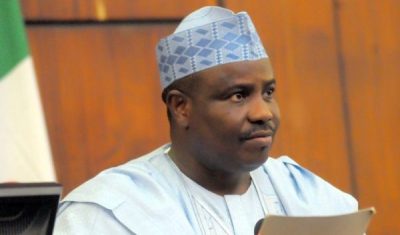 Governor Aminu Tambuwal maintains the lead in the Sokoto governorship election has with 2057 votes as the Independent National Electoral Commission (INEC) resumes the collation of governorship supplementary election results at 9 a.m today.

Only the result of 35 polling units in Kebbe LGA remain to be added.