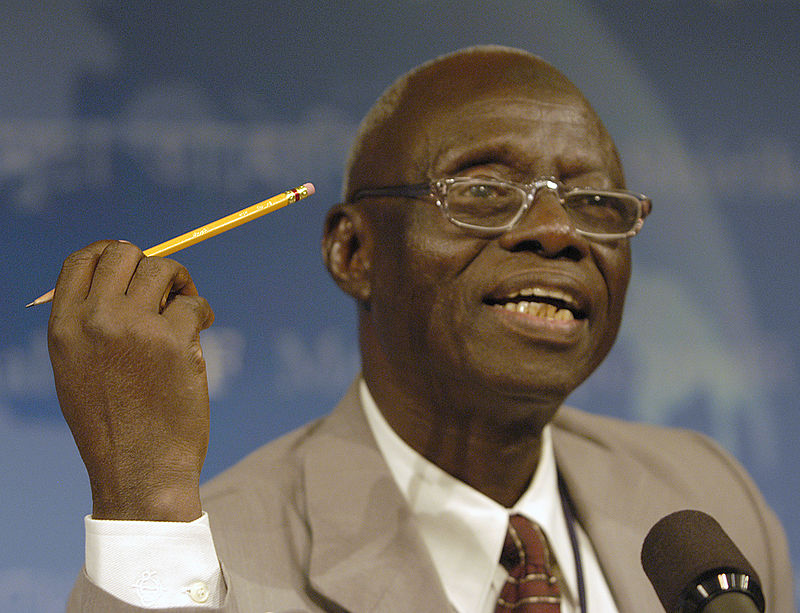 The national leader of the All Progressives Congress (APC) Asiwaju Bola Tinubu, on Thursday, described the death of former Finance Minister, Malam Adamu Ciroma, as a great loss to Nigeria.

The News Agency of Nigeria (NAN) reports that Ciroma, an elder statesman, died in an Abuja hospital on Thursday after a protracted illness.

The deceased was a founding member of the Peoples Democratic Party (PDP), and also the finance minister during the first term of former President Olusegun Obasanjo.

In a statement issued by his Media Officer, Mr Tunde Rahman in Lagos, Tinubu said the country had lost an illustrious leader who played politics with a commitment to serve the people and change society.

He said that the late Ciroma was a consummate politician and an accomplished public servant.

”Malam Adamu Ciroma was one of the illustrious leaders this country has produced. He was a politician of note.

” You cannot but recall his days in the Second Republic National Party of Nigeria (NPN) and in the PDP where he was one of the party’s founding fathers.

”He also made a name as an experienced technocrat and skillful public servant particularly as Central Bank of Nigeria (CBN) governor and in later years as Minister of Finance.

”He was a fine man who played politics with a commitment to serve the people and change society.

”This did not come as a surprise given his background honed by sound education at the popular Barewa College and the University of Ibadan and his nationalistic worldview.

”My condolences go to the Ciroma family, the people, and the government of Yobe State. May his soul rest in peace, ” Tinubu said