HomeNationalTofa to Buhari: Let change begin with you, your aides
NationalNews

Tofa to Buhari: Let change begin with you, your aides 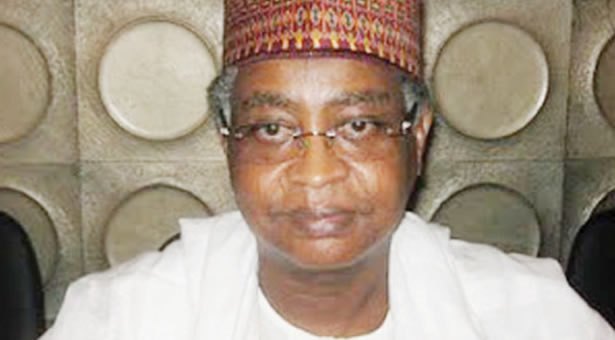 The presidential candidate under the defunct National Republican Convention (NRC), during the annulled June 12 1993 election, Bashir Tofa, has criticised the federal government’s “change begins with me campaign.” He said the president and his team need to ‘change’ first before asking Nigerians, Premium Times NG has reported.

He said attitudinal change should be a”top-down approach, not the bottom-top approach” as being advocated by the government.

Mr. Tofa said: “leaders should change themselves and those around them first, otherwise this effort will also fizzle away as all the others did earlier.”

He said the new campaign will only be successful if the “change” will be in people’s pockets (finances), rather than in that of a few politicians and officials.

Mr. Tofa was speaking at the launching of Domestication of the Kano State Societal Reorientation Programme of ”Change Begins With Me”, held on Thursday at Coronation Hall, Government House, Kano.

He said the fight against corruption should be “at all levels equally and justly”.

The politician said similar efforts in the past failed because of the “hypocrisy and the failure of leadership in this country”.

“Leaders want the bottom to change, while the top remains rotten. The fight against corruption and other bad behaviours must be at all levels, equally and justly. It cannot work any other way. And, punishment without counselling, cannot be the deterrence that is needed. A serious, workable and lasting plan is absolutely necessary.

“Let us be honest and serious in whatever we do. Our leaders should change themselves first and those around them; and give an all-rounded example of honest, purposeful and caring leadership. Otherwise, this effort will also fizzle away as all the others did earlier,” he said.

He also noted, “This new campaign the FG plans to embark upon, probably at great expense, will only be successful if we are sincere, and if the “change” will be in people’s pockets, rather than in that of a few politicians and officials.”

Mr. Tofa recalled that similar programmes failed in the past due to lack of sincerity and commitment from leaders.

“This is not the first effort. General Buhari, in 1984, introduced the War Against Indiscipline (WAI). General Babangida never bothered, probably because he had something to do with WAI, the original soft concept which I wrote. The late General Sani Abacha also toed with what he titled, ‘Not in Our Character’, and even established a high-rise building for it in the CBD, Abuja. Even President Obasanjo has tried his bit.

”He established the EFCC and other corruption-fighting organisations during his time. Even the President (Buhari) wants to fight corruption. Now, we have come full cycle. The old WAI, as was re-written by others, sought to inject discipline by force. That worked for some time, but because fear and coercion were its driving force, it subsequently failed and inflicted much damage to the image of that Government.

“President Buhari, who truly believes in discipline, now requires his democratic federal government to re-introduce another version of WAI, with a human face, and with this new name, “CHANGE BEGINS WITH ME”. This, to my mind, is a direct personal proclamation; a voluntary resolution, if you will, that the federal government requires each Nigerian to make, in good faith and with determination, to change himself and herself for the better,” Mr. Tofa added.

In his address, the Kano State Governor, Abdullahi Ganduje, assured that the state would domesticate the ‘Change Begins With Me’ campaign for genuine development of the state.

“Our government decides to domesticate this project with all seriousness and commitment. Through that we can be sure of getting it done effectively.

In his remarks, the Emir of Kano, Muhammadu Sanusi II, called for the enactment of law that would see to a healthy and supportive family system in the society. He called on all people from all spheres of life to come together and make sure the state has the best family system.

On the fight against drug abuse, the Emir said, “For about a month, we have taken a decision at the Emirate Council level that, whoever has any trace of drug abuse will not be given any title in the Emirate Council. We added it that before we give any title to anybody, he has to have at least secondary school certificate or its equivalent in Islamic education.”

Meanwhile, Saleh Jibrin, a representative of the Minister of Information, Lai Mohammed, commended Mr. Ganduje for his effort in domesticating ‘Change Begins With Me’ in the state.