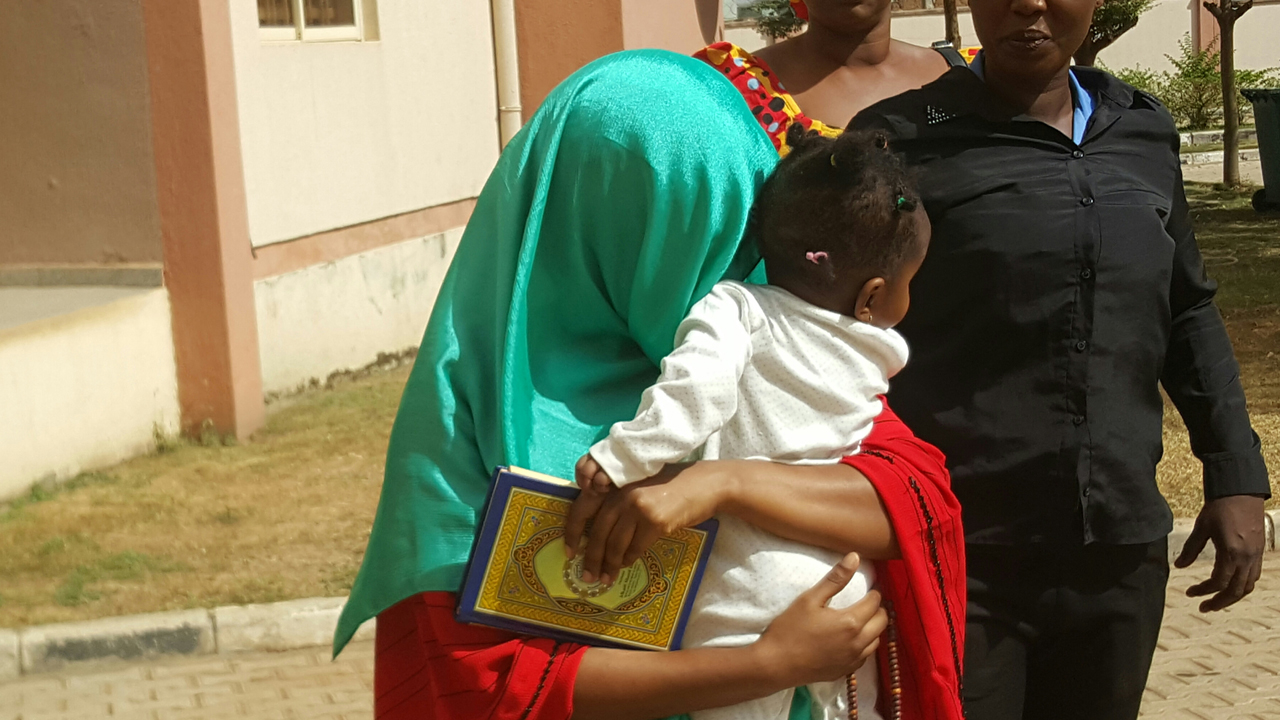 The absence of prosecution witness on Monday stalled the continuation of trial in the alleged murder case filed against Maryam Sanda, and three others before Justice Yusuf Halilu of the FCT High Court, Jabi.

The other defendants are: Mrs Maimuna Aliyu, Maryam’s mother, Aliyu Sanda, the brother and Sadiya Aminu, the housemaid.

The other three defendants were accused of aiding Maryam in carrying out the alleged murder of Bilyaminu Bello, the son of a former PDP Chairman, Mr Haliru Bello, on Nov. 19, 2017.

Recall that Maryam allegedly killed her husband on a Saturday night, stabbing him several times.

Justice Halilu adjourned for continuation of trial until April 19 and April 20, at the instance of the prosecution counsel, Mr James Idachaba.

Idachaba informed the court that the witness he intended to present could no longer be sighted.

Idachaba said that the prosecution came to court with two witnesses, and that the witness he intended to start with was nowhere to be found.

“The submission that the charge against the defendants is incompetent is totally misconceived.

“Plea had already been taken, we urge the court to dismiss that relief and refuse granting the prayers,’’ Idachaba said.

Daudu had prayed the court to quash the charges against the defendants, adding that the prosecution did not follow the right process before filling the charges.

According to Daudu, the matter should have been transmitted to the Attorney- General immediately the police finished their investigation.

He said that the police do not have the power to prosecute such murder case and that the power was only vested with the Attorney-General of the Federation.

Daudu had urged the court to dismiss the suit as the police failed to do the proper thing.

“The originating process is defective; the prosecution did not follow the normal procedure before it filed the matter, the prosecution has denied the intervention of the Attorney-General in this matter.

“There are steps that ought to be taken before the prosecution could institute the matter, which it failed to do,’’ he said.

Daudu urged the court to grant all the prayers of the defendants and dismiss the charge in its entirety.