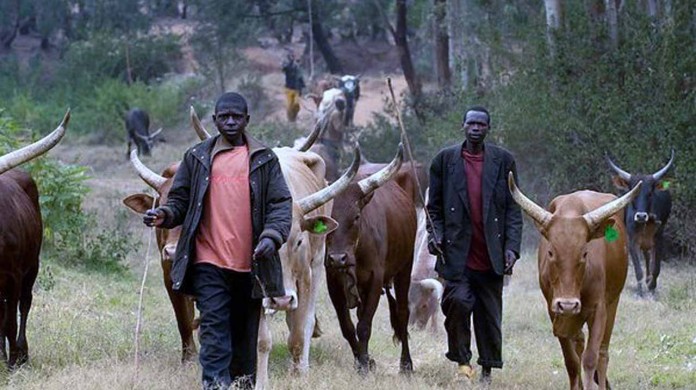 Troops on patrol have arrested a herdsman with a locally made bullet proof and cutlass at Chegba village in Logo Local Government Area of Benue.

A statement signed by Col. Aliyu Yusuf on Sunday said the suspect has been handed over to the police.

Yusuf also said troops, during the patrol, intervened in a violent clash between hunters and herdsmen in Obi Local Government following a distress call.

He called on the residents of the areas where the exercise took place to continue to cooperate with the troops by providing useful information and to report any suspicious movement to security agencies.