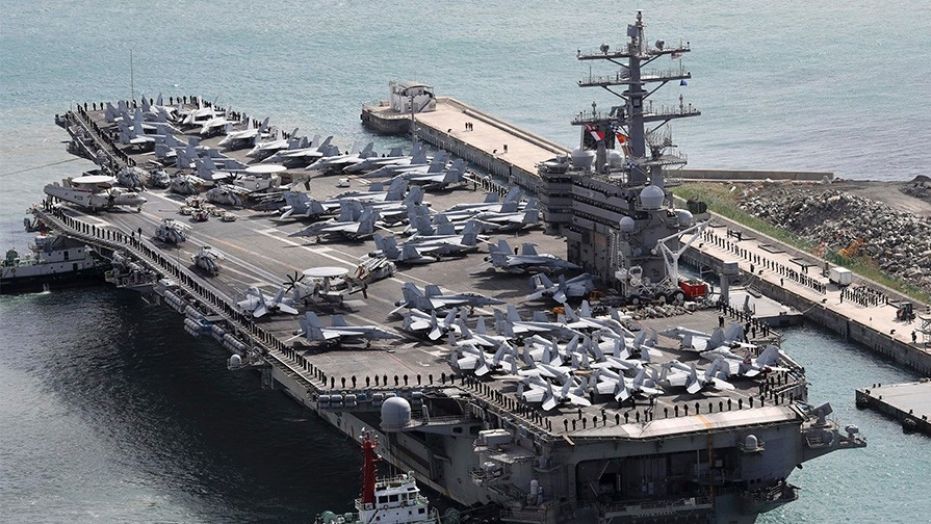 According to Fox News, the five-day drills that ended Friday involved fighter jets, helicopters and 40 naval ships and submarines from the two countries training for potential North Korean aggression.

In an apparent show of force against North Korea, the United States also sent several of its advanced warplanes, including four F-22 and F-35 fighter jets and two B-1B long-range bombers, for an air show and exhibition in Seoul that began on Tuesday.

“The purpose of those exercises and operations are to enable the combined defense of the Republic of Korea and have them ready throughout,” Rear Adm. Marc Dalton, U.S. Commander of Carrier Strike Group Five, said, according to Reuters.

“We had no interaction with any North Korean forces at any point during this exercise,” Reuters quoted Dalton as adding.

The Ronald Reagan and its strike group of ships docked in Busan as local South Koreans greeted the sailors in traditional dress, Star and Stripes.

There was also a large sign saying “U.S. troops go home” and an accompanying song greeted the sailors at the naval base’s front gate, the paper reported.

Jeong Jun-ho, 15, of Busan, jumped out of his family’s car to watch the Ronald Reagan pull into port.

“I’m scared about this; I don’t like war,” he told Stars and Stripes.

The drills came ahead of President Donald Trump’s first official visit to Asia next month that’s likely to be overshadowed by tensions with North Korea.

North Korea’s official Rodong Sinmun newspaper said Saturday that the latest naval drills have driven the situation of the Korean Peninsula to a “touch-and-go situation” and accused the allies of “getting frantic with the move to start a nuclear war.”