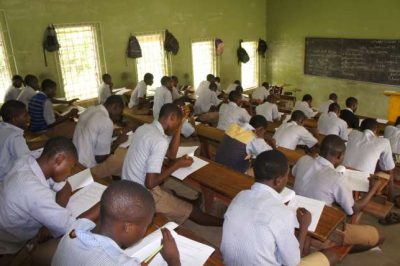 The U.S Department of State Bureau of Education and Cultural Affairs has said the country was willing to admit more Nigerian students to its over 1000 community colleges, News Agency of Nigeria reports.

The tour was organised by the Foreign Press Centre, Bureau of Public Affairs, U.S. Department of State to provide foreign journalists with information on opportunity available to foreign students in community college in U.S.

Washburn explained that Community colleges are two-year schools that provide affordable post-secondary education and are often a path to a four-year degree.

The schools are not well known internationally, they offer amazing opportunity in education and training.

He said that the United States was committed to expanding job-driven training at community colleges nationwide.

The official of the U.S. Department of State said it was imperative for young Nigerians to take advantage of the many educational development options that community colleges were currently offering.

“EducationUSA is committed to supporting the increasing number of African students who are interested in studying in the United States.’’

He said that opportunity awaits foreign students, including Nigerians, to come to study in the accredited educational Colleges that are really waiting to admit them.

He said that U.S was equipping the next generation of world leaders with the tools they needed to build stable economic, promote democracy and the rule of law, and create positive social change in their communities for a safely, more prosperous world.

He said U.S. higher institutions were consistently ranked among the top in the world as they provide quality education for student.

According to him, EducationUSA is a U.S. Department of State network of over 425 international students advising centres in more than 175 countries. including Nigeria.

John Dyer, Director Workforce and Economic Development, American Association of Community College, (AACC) explained that community colleges had a wide range of faculty choices, along with a good quality of education and a world-class recognition for students.

He said that community colleges offered two-year schools that provide affordable post-secondary education and are often a path to a four-year degree.

The director explained that U.S. was committed to expanding job-driven training at community colleges nationwide.

“Remember, you must have permission to work in the United States,” said the official.”

“Nigeria has continued to retain its top ranking as the number one source of African students studying in the U. S. with over 16000students as at March pursuing their educational goals

“There are over 36,000 students from Sub-Saharan Africa studying in the U.S.

“As of March 2019, there are 16,039 students from Nigeria studying in the United States with 54 per cent male and 46 per cent female students.

She said that undergraduate students constituted 34 per cent, Masters students was, 36 per cent, as Doctorate formed 12 per cent, while Associate 12 per cent, non-degree and others formed 5 per cent

According to her, the top five states for Nigerian students in U.S include Texas with 2,713, California, 856 students, Maryland, 827 students, New York, 818 students and Florida 753 students.

Students from Nigeria attended about 800 institutions in each of America’s 50 states. The most popular state is Texas, with 2,713 students, while the most popular college/university is Houston Community College, with 220 students.

Mathew Washburn, Programme Officer, EducationUSA, U.S. Department of State explained that the number of international students in the U.S surpassed one million for the third consecutive year,

The number he said increased by 1.5 per cent to reach a new high of 1,094,792 million, in 2018 adding that U.S remains the top host of international students globally.

“International students made a significant financial impact on the United States in 2017, contributing 42.4 billion dollars to the U.S. economy through tuition, room and board, and other expenses,” he said,

According to him, 450,000 U.S jobs are supported by hosting international students on U.S. campuses