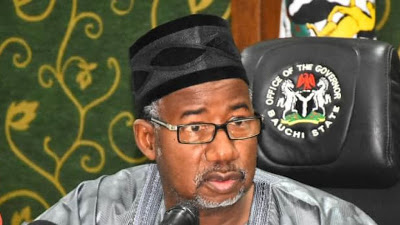 Governor Bala Mohammed of Bauchi State has reportedly awarded a shady contract worth N3.6 billion to a company in which he is a director – an act which clearly violates Code of Conduct and Public Procurement laws.

Premium Times NG, a Nigerian leading newspaper, exclusively reported that the contract was for the supply of a whopping 105 “officials vehicles” for the use of the governor and other government officials.

Just like the award of the contract, delivery by the contractor remains controversial with allegations of shady execution.

It was gathered that the contract awarded to Adda Nigeria Limited, a company in which Mr Mohammed retains a 20 per cent stake, was one of his first actions as governor.

The former minister of the Federal Capital Territory (FCT) was elected governor of the northeastern state in a poll that was seen as a referendum against the then incumbent Mohammed Abubakar who sought a second term.

Prior to his election as governor, Mohammed was standing trial for alleged corruption during his stay as the FCT minister, the newspaper reported.

The anti-corruption agency, EFCC, first filed six-count charges against Mr Mohammed on October 10, 2017. He was accused of abuse of office and land racketeering. He denied the charges.

In April 2019, weeks after his election as governor, the agency slammed amended charges on Governor Mohammed before the FCT High Court, accusing him, among other things, of receiving a house valued at N550 million in gratification.

He was also accused of failing to disclose his ownership of some property.

Read Also Emir Sanusi to Beggars: If you must beg, beg govt not individuals

With his inauguration as governor on May 29, the EFCC halted Mr Mohammed’s prosecution, in deference to the constitutional immunity from prosecution enjoyed by holders of such positions in Nigeria.

But uncovered shady deal by Premium times NG now revealed the Mohammed is now engrossed in a fresh scandal from his first days as Bauchi State governor.

The controversial contract is among government contracts awarded by the governor prior to constituting the state executive council.

Other required procedures were also ignored as the paperwork was only hastened months after the actual contract award.

Contracts of this nature are expected to follow standard bidding processes through open competitive bidding, according to the Bauchi State Public Procurement, Budget Monitoring and Price Intelligence Agency law.

In addition to breaching federal code of conduct law, the award of the contract also conflicted with Section 25 of Bauchi procurement law which forbids officials involved in the procurement process from partaking in contract bidding or cooperation with bidders.

The Code of Conduct law, in sections 5 and 6, also bars public officers from putting themselves in positions of conflict of interest and disallows them from partaking in any business other than farming.

According to documents available to the newspaper, Governor Mohammed had awarded the contract in anticipation of the requisite state executive council approval.

It was not clear how the vehicles procurement process started but the earliest document on the procurement as investigated is a memo from the Ministry of Finance and Economic Development dated July 9, 2019.

The memo, addressed to the governor through the Secretary to the State Government, provided purported quotations from three companies for the supply of 105 vehicles.

The memo signed by Muhammed Sabo Abdullahi on behalf of the permanent secretary of the Finance and Economic Development ministry, asked the governor to approve the purchase from Adda Nigeria Limited, which cost he put at N3,602,000,000.

To perfect the process, on September 9, 2019, the governor inked his approval on the memo, directing the Secretary to the State Government to table the memo before the executive council “for ratification.”

The executive council was not in place as at that time as the council was only inaugurated a day later, on September 10.

The documents were later tabled before the first state’s executive council meeting on September 11, 2019, for what was a mere rubber-stamp exercise.

Insiders, however, said the then commissioner of finance in the state, Nura Soro, had raised questions on aspects of the contracts leading to stepping down of the issue at the maiden council meeting.

It is, however, unclear how the issue later scaled through, leading to the issuance of a council extract dated September 17, 2019, to regularise the papers.

The controversy surrounding the contract award was said to be part of the reasons leading to Mr Soro’s resignation from his post in mid-October.

Mr Soro has declined a request for his comments on this story.

Apart from the illegality revolving around the award of the contract, investigation further revealed the contract was shady and conspicuously inflated.

The major issue with the N3.6 billion contract is the inflation of the amount involved and the number of vehicles.

While the 2019 Bauchi State budget provides for N1 billion for motor vehicles purchases to be handled by the Ministry of Finance and Economic Development, the government increased the money by N2.6 billion.

Another curious aspect is the number of vehicles, which had to be jerked up to tally with the revised cost.

The 105 vehicles for an incoming government raises concerns on propriety and integrity of the action.

Aside the governor and his deputy, the state has 31 state assembly members and 20 commissioners, giving a total of far lower officials than the 105 provided for.

An official document seen by our reporter shows that a Toyota Hilux van included among the vehicles to be bought has its market price stated as N15 million with a contract price of N19 million.

The governor’s Land Cruiser V8 with market price of N38 million was slated to be bought at N49 million. It was the same price for the deputy governor’s Prado Jeep V8.

Officials at the office of the state’s Secretary to the State Government said not all the vehicles were delivered, five months since the award of the contract.