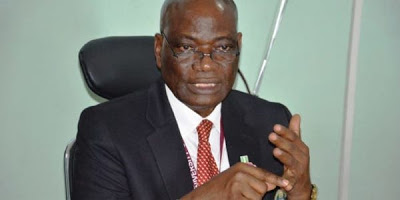 The vice-chancellor of the University of Lagos (UNILAG), Oluwatoyin Ogundipe, has been sacked by the institution’s governing council.

Ogundipe’s removal was announced on Wednesday during a meeting of the varsity’s governing council at the National Universities Commission (NUC) headquarters in Abuja.

The meeting, which was presided over by Wale Babalakin, pro-chancellor and chairman of the council, had 11 out of the 12 council members in attendance, majority of whom voted for Ogundipe’s removal.

Ogundipe was sacked amid allegations of corruption and gross misconduct.

Babalakin and Ogundipe have reportedly been at loggerheads since March over the institution’s 51st convocation, which was cancelled just before it commenced.

The minister of education, Adamu Adamu, had asked the institution to suspend the ceremony after the chancellor accused the management of not following due process in reaching its decision as regards the event.

Ogundipe, however, insisted that the university followed the pro-chancellor’s directives and did not contravene any law.

The institution’s chapter of the Academic Staff Union of Universities (ASUU) had also passed a vote of no confidence on Babalakin in March amid the conflict.