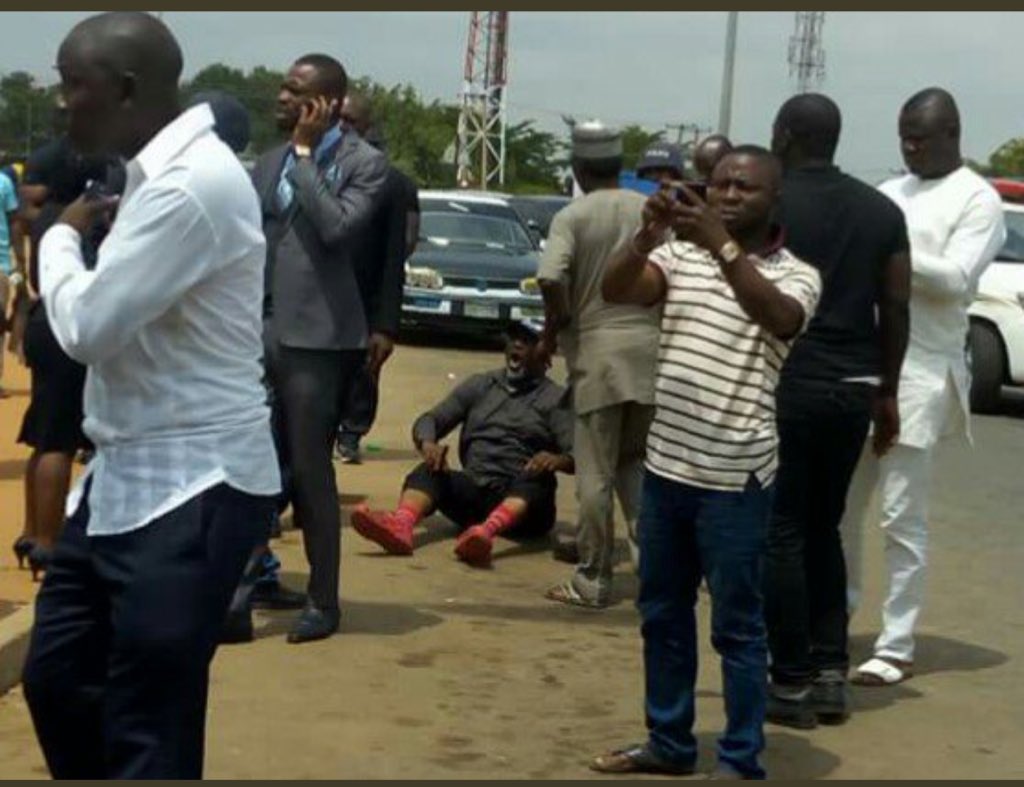 Senator Dino Melaye representing Kogi West and some armed policemen were on Tuesday afternoon captured in a rough struggle at the Area 1 part of Abuja metropolis.

The Nigerian police operatives had allegedly deceived the embattled lawmaker that they were taking him to court in the metropolis of the nation’s capital but suddenly made a diversion to move him to Kogi state.

According to reports, Melaye refused and subsequently jumped out of the moving vehicle.

Both the lawmaker and security operatives were later said to be in a heated argument at Area 1.

It would be recalled that it was in the Kogi High Court that the police from the outset wanted to arraign Melaye but he objected on safety grounds.

Melaye, before this allegation of conspiracy and possession of illegal firearms preferred against him, has been in a running political battle with Governor Yahaya Bello of Kogi state.

The lawmaker had on two separate occasions reported cases of assassination attempts on his life in Kogi to the police.

It is against this backdrop that he apparently preferred his arrest and arraignment in Abuja than for the police to arrest, detain or arraign him in Kogi state.

VIDEO: Dasuki walked into his house first time in 4 years