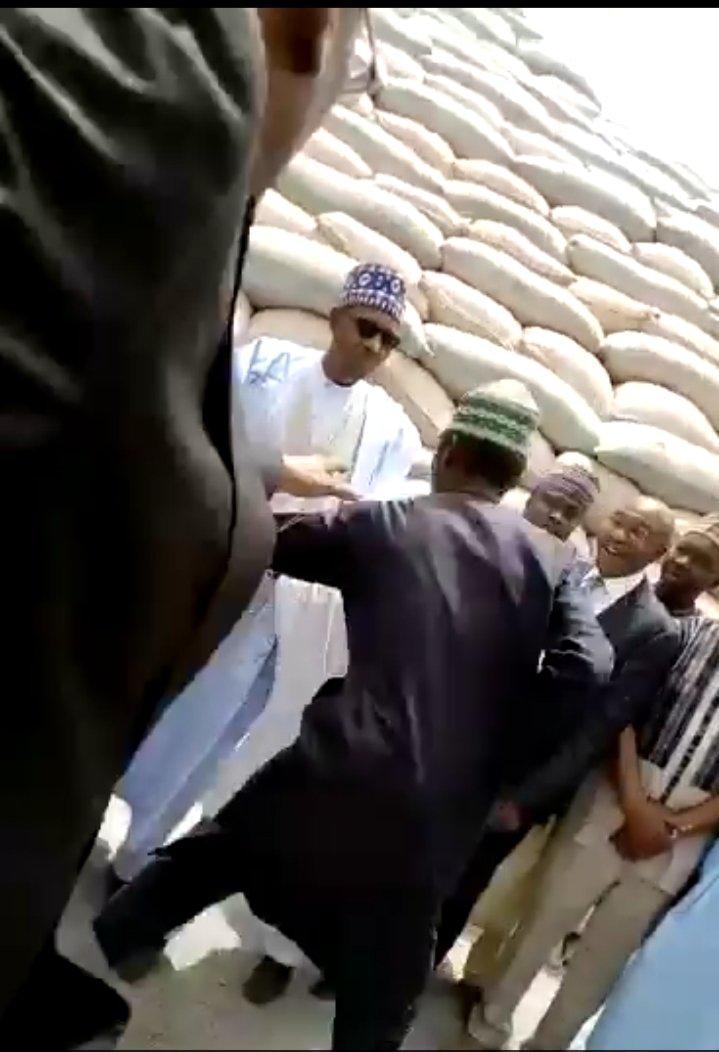 A man whose identity is yet to be revealed was restrained by security operatives when he seemed to have attempted charging towards President Muhammadu Buhari at the Argungu Fishing Festival in Kebbi State.

President Buhari was in Kebbi State on Thursday for the 2020 edition of the festival.

In a video gone viral, the man was seen moving very close to the president before he was restrained.

According to reports, the man had penetrated the president’s tight security and attempted to go close to him before the security detail prevented him by firing shots.

The man was later carried away to an undisclosed location by operatives of the Department of State Security, reports Daily Trust NG.

The Presidency, however, confirmed the incident claiming that the man was an overzealous supporter of the President Buhari who was unaware he had crossed the line of security.

The Senior Special Assistant to the President on Media and Publicity, Garba Shehu, who confirmed the incident, saying,  “He is an overzealous supporter who wanted to reach the president clearly out of goodwill. He didn’t know the limit and the security implication. He didn’t know that he was crossing the line of security.”

But sources alleged that the man was an aggrieved Nigerian who wanted to attack the president.