VIDEO: Paul Okoye on Psquare feud: ‘I regret it, please forgive me and let me move on’ 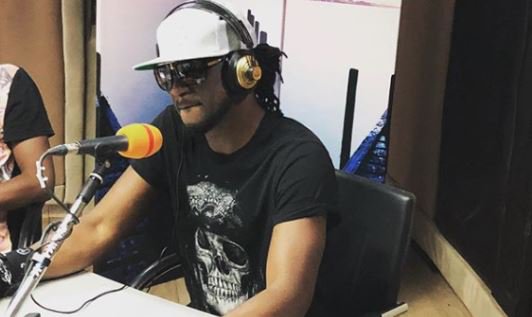 Paul Okoye, one half of the defunct Psquare duo, has said he regrets his role in the rift that engulfed his family in recent weeks.

The separation of the brothers who make up the one-time biggest music group in Africa shook fans in Nigeria and beyond.

The feud between Peter, Paul and elder brother/manager, Jude, played out in the public domain and was sometimes nasty.

In a chat with Beat FM, the singer better known as Rudeboy said he wasn’t himself at the time.

When asked if Psquare will ever record a song together again, he said: “I don’t know.”

Despite being persistently probed by the hosts of the show, Paul refused to be drawn into issues bordering on Psquare.

All he said was: “My fans, take heart. As e dey break my heart, na so e dey break una heart.”

Addressing his role in the social media drama, he said: “I think I was very stupid, in that aspect. Something got into me. I couldn’t stand him. But what I did, I regretted it. Please forgive me for that and let me move on.”

When asked if was the best way to handle such situations, the artiste said: “Everybody has problems in their families, everyone has issues.” The Cable NG