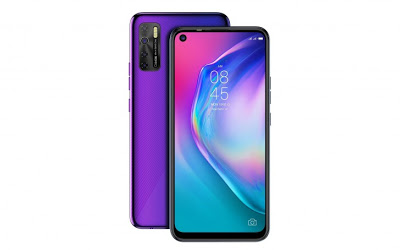 “…the CAMON 15’s true distinction is its night shot capabilities, transforming the challenges of low-light or even super-dark scenes into an effortless pleasure. “

HONG KONG, The People’s Republic of China, April 21, 2020/ — It’s been a few days since TECNO Mobile gave a select group of 300 Camera Experience Officers the chance to try out the brand-new CAMON 15 series smartphone, now the ‘CEOs’ have finished their experience period.

This event has raised heated discussion among photography and technology fans about the persuasive performance of CAMON 15. Feedbacks from ‘CEOs’ are all tend to be surprisingly positive.

Selected with the help of TECNO’s fans on social media for their knack at capturing stunning photos, these Camera Experience Officers, or ‘CEOs’ for short, are a core group of fans chosen to pilot what promises to be TECNO’s highest-performing smartphone camera. As well as helping showcase what this latest addition to the CAMON lineup offers, involving them is also giving us the chance to hear back from real users on how well the camera lives up to its promise.

So far, it looks like a smart choice for TECNO, with first impressions of this much-anticipated new phone ringing positive.

For everyone anticipating the CAMON 15, having 300 ‘CEOs’ means having 300 unique insights on a host of new features, from 64-megapixel ultra-high resolution to AI-powered camera modes like Super Night Mode.

According to one ‘CEO’, the CAMON 15’s true distinction is its night shot capabilities, transforming the challenges of low-light or even super-dark scenes into an effortless pleasure.

In her own words, “It really lets each individual element of a night shot scenario show through without getting lost in the shadows. Instead of the usual dimness, there is a special glow to these photos, which makes night shots an opportunity to be really artistic with a scene.”

For those who like to focus on human subjects when they have the camera out, another ‘CEO’ impression about the AI Beauty Shooting feature is likely to pique interest.

“When you want to capture people in dynamic photos that highlight their features, AI camera features are the edge you need. That’s something the CAMON 15 has plenty of, and I really appreciate how AI Beauty Shooting can help accentuate a subject’s natural features to deliver a truly stunning portrait of them.”

What comes up over and over, though, is the CAMON 15’s Ultra HD capabilities.

“With quad cameras becoming a more common feature on smartphones, this one still manages to blow me away. When it comes to sheer power and zoom, it’s all about the 64-MP main camera, but the AI Lens camera adds so much finish, with support for all types of scenarios,” one ‘CEO’ with an impressive portfolio of CAMON 15 shots to show for it reported.

Zooming out on the CAMON 15

Firsthand user reports are always valuable, and TECNO has gone further than most brands in seeking out opinions from people who really know how to get the most out of a smart camera.

That means getting 8x zoom not just when you’re shooting but afterward as well, letting you scale up your shots without losing even the tiniest details.

With a powerful Sony 64-MP smart camera and a whole regime of supporting features, the CAMON 15 has plenty to boast of on its own. Even getting 8x zoom not just when you’re shooting but afterward as well, the details are still marvelously clear. Scale up your shots without losing even the tiniest details.