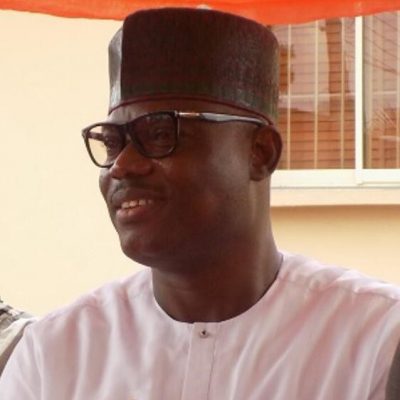 Abdulwasiu Sowami, the Managing Director of Prudent Energy and Services Ltd,  has debunked reports and allegation of his financial commitment to the failed governorship ambition of Adekunle Akinlade of the Allied Peoples Movement (APC) in Ogun State.

Akinlade, the preferred governorship candidate of the outgoing governor Ibikunle Amosun, was defeated by Prince Dapo Abiodun of the All Progressives Congress (APC) in the March 9 gubernatorial election in the state.

Akinlade who defected from APC to the APM after losing the guber ticket to same Abiodun made a vigorous campaign in the spate of three months – a campaign allegedly hinged on massive financial support.

A report by an online platform had pointed that Sowami was the moneyed man behind Akinlade’s alleged multi-billion naira gubernatorial campaign.

Sowami, however, in his disproof to the report, maintained his neutrality to the fierce guber contest in Ogun State, but described Governor Amosun as a good friend.

According to him, he has only met Akinlade three times all his life, and that there was no moment where they exchanged talks bothering on Akinlade’s governorship ambition.

Sowami explained he has never deployed funds to sponsor any politician, including Akinlade; nor has he been involved in the process of installing anyone in public office for selfish or pecuniary gains.

He further stated that he was not averse to Akinlade ambition to govern Ogun State just as he was also not to that of the eventual winner, Dapo Abiodun.

Dapo Abiodun and Wasiu Sowami both trade in the same petroleum industry before the former choose to play in the murky waters of Nigerian politics.

Sowami also puts a lie to the insinuation that he is Amosun’s man Friday because he is fronting for the governor. He dismissed such rumour as a figment of the fertile imaginations of some detractors who peddle fake news around.

He said he has always focused on private business. Sowami’s name attracted public attention in late 2018 when he bought 75 percent equity of a major Nigerian oil and gas group owned by a Lagos born billionaire who divested from the downstream business.

Additional reports from The Capital NG