HomeNewsYinka Odumakin: the storm is over!
News

Yinka Odumakin: the storm is over! 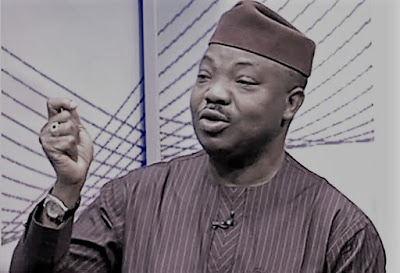 Odumakin was a man of conviction who took no prisoners. Once he believed in a cause, he would fight to the last.

“Abiodun, stop crying; the storm is over!” Those were the exact words of Peter Oluyinka Odumakin to me at Saint James’ Anglican Church, Aramoko-Ekiti in Ekiti State, on November 5, 2009. It was on the occasion of my wedding to the-then Miss Oluwafunmilola Awosusi.

For obvious reasons, it was to be a day of joy for me; and, truly, it was! But, midway into the programme, thoughts, particularly, of the physical thistles and the psychological inflexibility of a journey, which had, at one time or the other, tended to dilute my faith, overwhelmed me; and I became drenched in my own tears.

The man fondly called Yinka Odumakin understood the mood of that moment, seized it, walked up to me, patted me on the shoulder, and whispered into my ears: ‘Abiodun, stop crying; the storm is over.’ That was vintage Odumakin!

I remember receiving a telephone call one fateful afternoon in 2008. The other party was Odumakin who … offered to pay me a visit. Of course, I rejected the offer – of a big man paying a courtesy visit to a ‘small man.’ It ought to be the other way round. So, I chose the latter option. The rest, as they always say, is history!

Our ideological differences thereafter notwithstanding, Odumakin and I remained brothers till he breathed his last on Friday, April 2, 2021. For instance, the week preceding his death, I had, in what has overtime become the practice between us, sent SMS messages to him, and his wife. But, while I was doing that, little did I know that death was already nearing him by the eyelids!

A popular Yoruba proverb goes thus: ‘odo to ba gbagbe orisun re yio gbe’ (a river that forgets its origin will dry up). In so numerous ways, Odumakin touched lives while he lived on Planet Earth. Mine was no exception.

For example, though God used Archbishop Olukayode Akinyemi and Bishop Matthew Kukah to discover my talent, the Strength of Israel used Odumakin as the rung of the ladder to whatever height I have attained in life. I also know, for a fact, that he assisted many others to realize their dreams.

Ask what I knew about Yinka Odumakin and I will say that this departed soul was a man of very sound character who dared to dream; he dared to be different. He was as gentle as a lamb but equally as wise as a serpent. Odumakin was one calm dove who never suffered fools gladly.

Jimi Agbaje, aka JK, once told me that the late wordsmith was one individual who’s fond of deploying all the weapons in his arsenal into fighting whoever he believed has crossed his path. Well, what Agbaje failed to add was that, if this Moro, Osun State-born humanist also promised to lend somebody a helping hand, he would neither sleep nor slumber until a source of lift-up was found.

Odumakin was a man of conviction who took no prisoners. Once he believed in a cause, he would fight to the last. You might not like what he’s saying but, once he stood on it, that would remain his bible. But, again, the trouble with such Odumakins is that, if they are wrong, they will be fatally wrong; and, if they are right, they will be like essential saints. So, the challenge lies with those who deal with them: you have to win them over at the level of ideas.

Yes, Odumakin may no longer be with us, but we can learn one or two things from his life and times. In every society, we need people like this gentle giant because, in a society where thugs and bandits are running riot, needless to repeat that ideas, logic, philosophies and deep thinking have taken flight.

So, where is the hope for corrections, renewal, or rebirth? The truth of the matter is that Odumakin occupied some space in our societal structure. He did not just show up like one nincompoop on the street. He toiled for it; and he made his voice heard. Whether the people like it or not, some of his moves shattered certain myths and instilled fears in the minds of the so-called high and mighty in the society.

Matter-of-factly speaking, the society where the Odumakins of this world can thrive will be one where people reason! In a society where rabble rousers now dictate the tune of things, Nigerians are bound to miss the contributions of Brother ‘Yinka, who would rather approach any issue in discourse from a compellingly rich angle.

Whether it is a philosophical principle, or an economic theory he believed in, or a socio-cultural matter, to which he devoted his life, something was always the anchor of his convictions. Of course, this tells us something about the workings of his inner mind.

If only we can have a hundred of Odumakins in our midst, who knows, things might be better. But, if everybody would just ‘sidon look’, who, then, would challenge the rogues who have strayed into positions of authority in the country?

As for Sister Joe, Odumakin’s widow, she must take heart and remain strong, so that Abraham, the son left behind by her spouse may appreciate what the struggle his father lived and died for is all about. Death is the terminal end of all mortals; but, herein lies the essence of truth: even, if Odumakin had lived for 100 years, he would surely die, one day! No! This isn’t the time for Comrade Joe to cower to the dictates of sorrow or blankness.

It is not so much about what the political class; even, any culture-influenced tribute expert is prepared to give her in terms of sympathy or solidarity. It is much more about the legacy of her late husband; and her ability to look inwards to the inner convictions that threw her up as an activist in the first place.

In the immortal words of Marion Howard, life “is like a blanket – too short. You pull it up and your toes rebel. You yank it down and shivers meander about your shoulders. But cheerful folks manage to draw their knees and have a comfortable night.”

If death is a necessary end, then, Odumakin has fought a good fight and he has hung his sword. So, the storm is over! Whoever thinks he has not used it justifiably can pick it up and continue from where he stopped.

Yes, the storm may be over for Odumakin. So, I say to him: ‘rest on, brother; and, goodnight!’ To the remaining genuine activists, however, it’s ‘good morning.’

May the Lamb of God, who takes away the sin of the world, rest the soul of our departed brother and comfort the family he left behind!

NEWS: LNSC already in charge – Sanwo-Olu reveals why Lagos is yet to have Amotekun