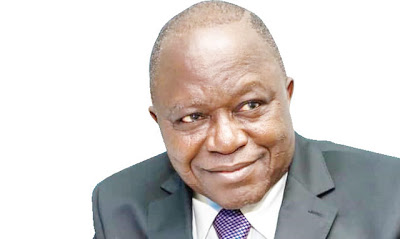 “Most political commentators on these issues don’t even know the political and geographical arithmetic of Yorubaland.”

The foremost who gave the warning while speaking with journalists at his residence in Ibadan, following the name-calling that trailed the action of Igboho in some quarters urged the governor to rather be proactive than being reactionary.

It has become rather unfortunate those who should lead have not been proactive to national issues, but have become reactionaries to issues, according to Chief Akintola.

Akintola said: “Like my brother Seyi Makinde. You can ask him. I called him before these things escalated. I gave him advice. I said look, call these guys (Sunday Igboho ), call Seriki Fulani, I am saying this publicly and I have said it before.

“I called him, I said your Excellency, call these guys. Security vote is not meant for the jamboree, it is meant to take care of security and you need to be proactive.

“You don’t need to demonise Sunday Igboho, a drastic event sometimes requires a drastic solution. Sunday has his own problems against the backdrop of his background, you have to give it to him.

“I think he needs intellectual input because he talks too much but he has good intentions. Rather than demonising Sunday Igboho, he should be guided.

“During NADECO days, at Igbotako in Ondo State, we knew what we did, Governor Ladoja is alive, we weren’t making noise about what we did. I took late Frederick Fasheun to Governor Ladoja, he puts his resources and equipment at our disposal.

“General Akinrinade sold his car, issues of security is not something to be discussed in public. There are certain things as a Governor that you need to say publicly and what you should not say.

“So, I advised the Governor, I said Excellency, call this Sunday Igboho, call the Seriki of Igangan, there are certain things you will say to them that would have doused the tension. He promised he was going to do that.

“Unfortunately, he left it to fester until it became too late. We shouldn’t be speaking before thinking which has become the hallmark of some of our leaders. They act before thinking.

“We must put on our thinking cap, every Yoruba you see in the North is not Almajiri but a skilled labourer. Our relationship with our Northern brothers should be mutual respect.”

Akintola added that those at the helms of affairs must understand the importance of building bridges and the nature of the nation.

He pointed out that, “Most political commentators on these issues don’t even know the political and geographical arithmetic of Yorubaland.”