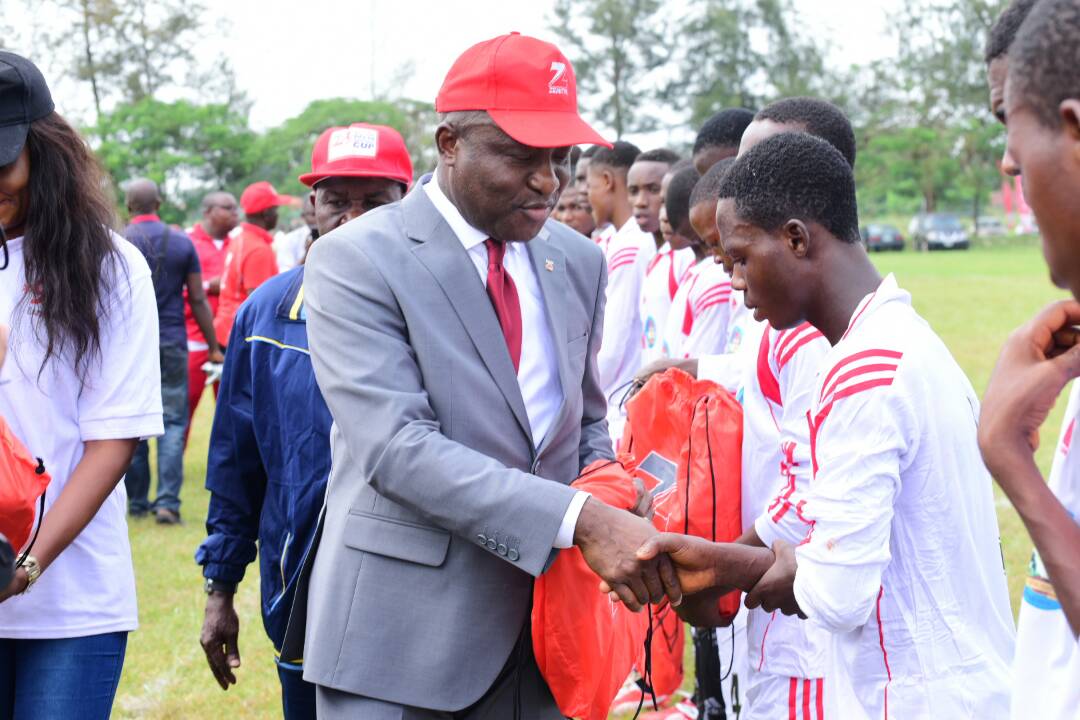 The organisers of the Zenith/Delta Principals Cup for all secondary schools in Delta State have warned all participating schools at Local Government level to be fair in all aspects of the event.

The Season 2 of the competition started on November 1 in Asaba and it is expected that all the 700 participating teams in both private and public schools comply with all the regulations of the tournament.

Head of the organizing team, Tony Pemu, told journalists on Wednesday that all the schools have been warned to avoid fielding players who are not registered students of their respective schools.

Pemu said: We are aware that one of the challenges of age-grade or school competitions is the problem of cheating. We won’t allow ‘mercenaries,’ we have our own ways of fishing them out.
“This is just the preliminary stage and we have advised all of them to embrace fair play. It is always better when all the schools compete on a level playing field because that is the best way to get true champions.
“Last edition, we disqualified some schools over irregularities and when the time comes, we will do the same again this time.”

He added that the screening exercise for season 2 would be conducted after the 26 qualifiers from the local governments must have emerged.
The preliminaries, currently taking place in various centres across the state ends at the end of November while the Zonal stage starts in January 2018.

It could be recalled that Zenith Bank’s Group Managing Director, Peter Amangbo, has pledged that the ongoing Season 2 of the tournament would be an improvement on the first edition.
Master Card International Secondary School defeated Iderghe Secondary School 2-1 to win the maiden edition of the youth football fiesta.