15 killed six days after 30 people were murdered in Zamfara 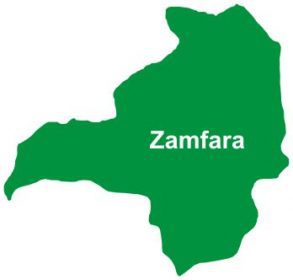 Another tragedy hits Zamfara as 15 people were reportedly killed after gunmen again attacked another village in the state.

This is coming just six days after 30 people were killed in a community in the state.

Shehu said the village is in the Anka local government area of Zamfara.

He said that the attackers invaded Zakuna in the early hours of Friday, June 1 and rustled cows belonging to villagers.

According to him, a vigilante group known as Yansakai took on the rustlers, forcing them to flee only for the bandits to reinforce and attack the village, killing 15 people.

“On receiving the reports of the attack, the police mobilised to the village and discovered 15 dead bodies majority of whom were Yansakai,” Shehu said.

“The police have, however, deployed heavy security to the area to maintain peace and stability.

“Bush combing and rigorous patrol is being carried out throughout the area by the police to avoid further loss of lives.”

Shehu said Kenneth Ebrimson, the state commissioner of police, has ordered a discreet investigation into the latest incident to catch the perpetrators and bring them to justice.

He pleaded with communities in the state not to relent in providing information to security operatives to end the deadly attacks in the state.