HomeNews2019: IBB did not advise Atiku not to contest - Aide
News 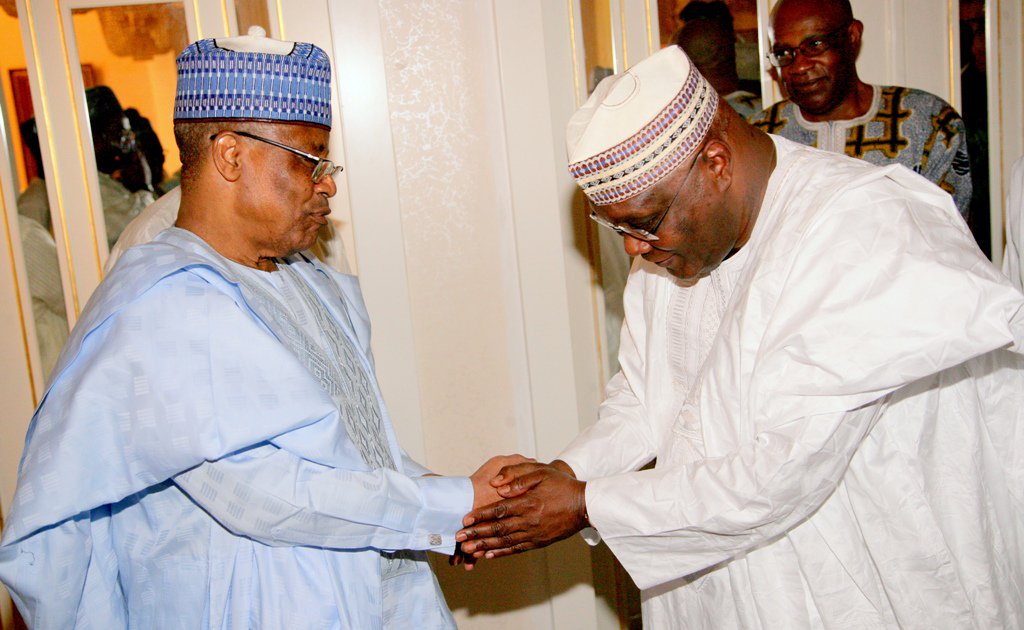 Nigeria’s former Military Head of State, Ibrahim Badamosi Babangida (IBB), has not in any way discourage former vice-president, Atiku Abubakar, from contesting for the presidency in 2019.

Atiku visited Babangida on Thursday and both men had a lengthy discussion behind closed doors.

According to IBB’s spokesperson, Afegbua, the former leader did not advise Atiku not to run, as that is not his disposition.

“The report is very, very untrue,” the aide said.

Afegbua added; “When I read the report, I was laughing. Because it is far from what they both discussed.

“They had a very useful political discussion. IBB also has a good relationship with Atiku. It’s not good to play politics with the relationship of people.”