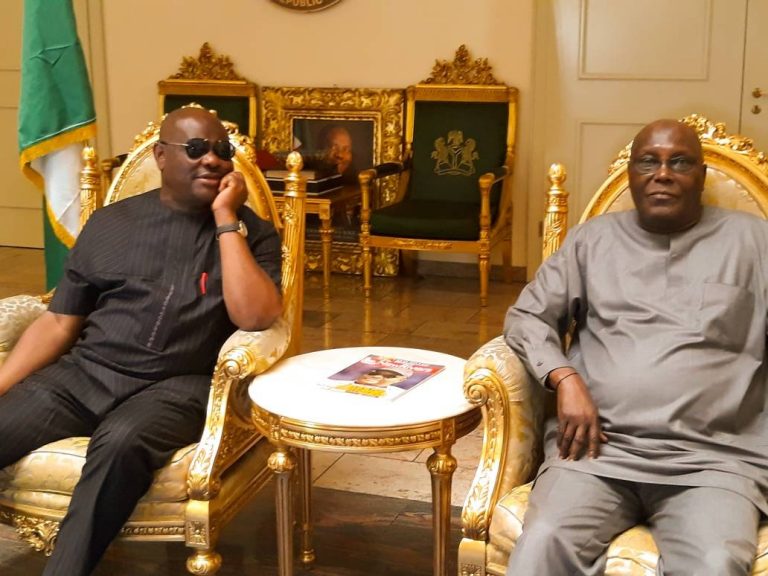 Former Vice-President, Atiku Abubakar on Tuesday flagged his campaign for the 2019 presidential election in Port Harcourt, the Rivers state capital.

Atiku appealed to the chairman of the event, the governor of Rivers State, Nyesom Wike to support him in his bid to lead the country

The former vice president who recently dumped the ruling All Progressives Congress (APC) for Peoples Democratic Party (PDP) pledged his commitment towards the creation of a new Nigeria built on the foundation of industrialisation and economic revolution.

Responding, governor Nyesom Wike said the position of president is for an individual with experience and track record for excellence.

PDP national leaders including a former governor of Ogun state, Otunba Gbenga Daniel; Okwesilieze Nwodo, former chairman of the party, a former attorney-general, Micheal Aondoakaa among others were present at the event