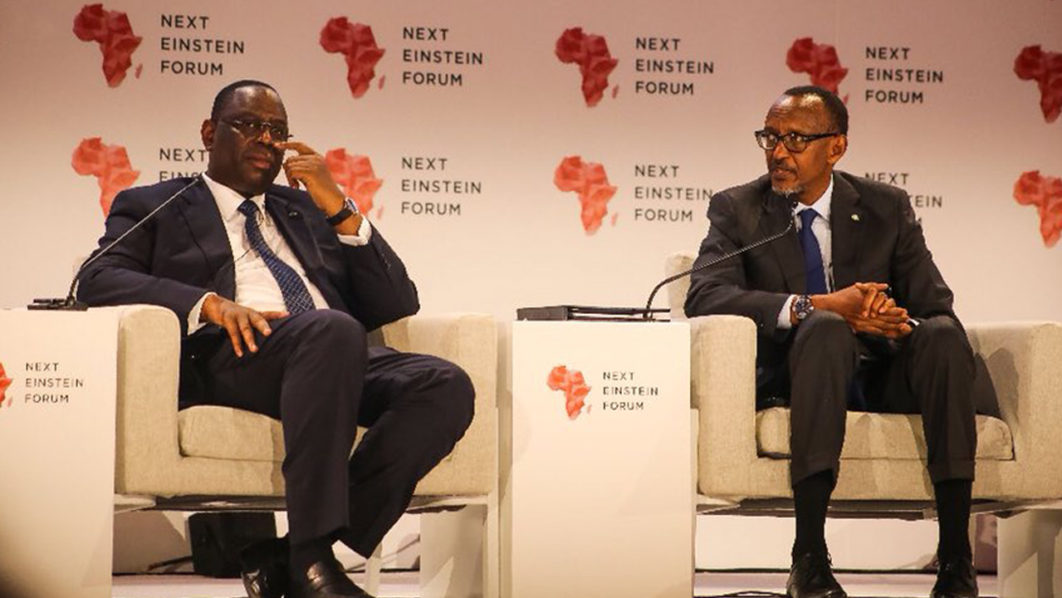 President Barrow Receives Over 40,000 bags of Rice from China Aid

Ghanaian government introduces visa on arrival for ALL travellers

Although two African giants- Nigeria and South Africa – and nine other countries did not sign the agreement for the Continental Trade Area in Rwanda last week, the 44 others are ready to implement the content of the trade deal, according to the President of the Africa Union (AU) and President of Rwanda Paul Kagame, The Guardian NG reports.

Kagame spoke Tuesday during the Presidential Panel of the Next Einstein Forum, NEF, in Kigali while responding to questions on Laying the Framework for Knowledge and Economics: Policy and Practice.”

He made specific reference to the CFTA agreement that was signed by AU states under his leadership and promised to persuade other leaders to quickly implement the science and education components of the deal. “I will work with other leaders to seize this moment,” Kagame said while referring to the trade deal boycotted by Nigeria and South Africa.

Senegalese President Macky Sall corroborated Kagame’s position on the CFTA and told the gathering of more than 1,600 scientists at the Kigali Convention Centre that his country had, in fulfilment of the trade agreement, abrogated an existing law reserving academic positions for only Senegalese nationals to allow free movement of labour in Science and Technology.

President of the African Institute for Mathematical Sciences (AIMS) and Founder of NEF, Mr Thierry Zomahoun, in response said the two African leaders had blazed the trail in driving Information Technology revolution agenda and were “leading two most progressive counties in Africa.”

Forty-four African countries had signed the agreement that established the AfCFTA without the two biggest economies and nine others.
At least 22 countries were required to sign to kick-start project billed to take off effectively within 18 months.

newsheadline247 - February 2, 2023
The Group Managing Director of NNPC Limited Mele Kyari has assured that the company is putting extreme measures in place to contain the current...
Africa

Lukman Omikunle - February 2, 2023
President Akufo-Addo stated that the 37 Military Hospital, usually, finds itself with a lot of young soldiers posted to the Unit to commence their...