Thousands of protesters from the six north-central states, including the Federal Capital Territory, on Tuesday, stormed the Presidential Villa to oppose the All Progressives Congress choice of Governor Simon Lalong as presidential campaign Director General.

The protesters, who came in buses from Ilorin, Makurdi, Lafia, Minna, Jos and other cities, gathered in their numbers in Abuja to demand that the party swaps its vice-presidential candidacy with the DG position given to the geopolitical zone.

Under the aegis of the APC North-Central Youths and Women Forum, they converged at the Unity Fountain before proceeding to the entrance of the Villa to deliver a letter of appeal and protest to President Muhammadu Buhari.

The letter signed by Dauda Yakubu and 70 other stakeholders representing Benue, Nasarawa, Niger, Kogi, Plateau and the FCT was titled ‘Give Us Vice-Presidential Candidate And Take The Director-General, APC Presidential Campaign’.

According to the APC faithful, the region has contributed its quota to the party’s successes in recent times and should be compensated with the VP position.

In particular, they agreed that a Christian from the north-central is best suited for the role in the spirit of equity, fairness and inclusivity.

“The APC stakeholders and supporters across the six north central states including the FCT are constrained to write this open letter to the President and Commander-in-Chief of the Armed Forces of the Federal Republic of Nigeria, “ the letter reads in part.

“We are worried that the various indices at play with our great party do not suggest that the Christians from Northern Nigeria are considered in the party’s scheme of things. 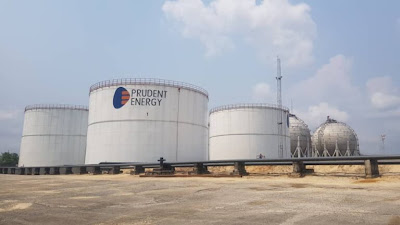 “We are also worried that since the race for the vice-presidential candidate of our great party began, as stakeholders of the party in the north-central, we have made representations on why the party should nominate a Christian from the North Central as VP candidate of the party.

“As concerned stakeholders of the party in north central, we feel humiliated by the actions of the party’s leadership in recent times which doesn’t demonstrate ethnic and religious inclusion.

“We consequently feel that the appointment of Governor Lalong as DG of the presidential campaign council is an insult to our collective sensibilities as a devoted party faithful in the north central.

“Mr President, we came from near and far to witness first-hand the news making the rounds that you indeed sanctioned the Muslim-Muslim ticket of our party. There have also been insinuations that the vice presidential ticket was not given to a Christian because you supported it.

“Mr President we know you are an advocate of unity, ethnic and religious inclusion. But again, we are short of words with the news making the rounds. Hence this open letter in a protest March to hear from you that you were indeed in support of a Muslim-Muslim ticket.

“This is on the heels that as stakeholders of our great party, we have consistently advocated for Lalong as the party’s VP candidate because he posses all the necessary qualities. But to our dismay, he was appointed DG.

“Mr President, it is our considered opinion that the lines are not connecting for stakeholders of the party in north central. And consequently we demand explanation as to why our interests have jesttisined using a yardstick that defeats common sense.

“Mr President, your fathermy disposition to all regardless of ethnic or religious affiliations has never been in doubt. You have been a great source of strength and support to all and it is on record that you have treated all in the same manner since you assumed leadership of our great country.

“We know you can’t be a part of religious exclusion under any circumstance. Hence, our presence here in Abuja through this peaceful protest is to hear if you support a Muslim-Muslim ticket”.

The APC stakeholders, therefore, made the following demands to the president;

“That a northern Christian is considered as the vice presidential candidate of our great party.

“That the north central zone deserves to be considered giving the prevailing circumstances and the strategic importance of the zone in the affairs of the country.

“The party leadership should invoke an emergency meeting to reflect the wishes and interests of northern Christians in the composition of the presidential team of the party for the 2023 general elections”.