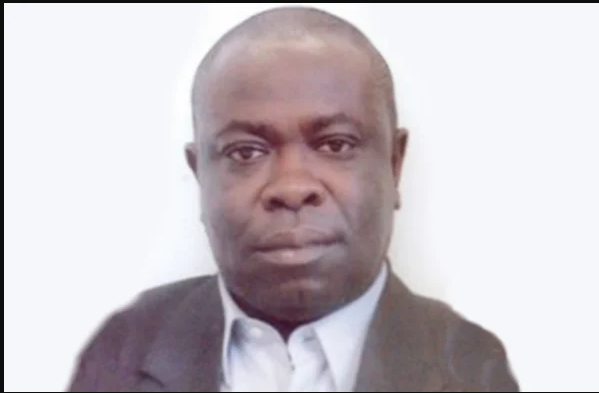 A new star is born! By Segun Odegbami

BABACHIR LAWAL: AN APOSTATE OF FIDELITY? By Santos Akinloye

TINUBU-SHETTIMA COMBO: A Cocktail of Confusion By: Santos Akinloye

If anyone in the military was looking for an excuse to strike as things are in Nigeria now, the politicians have provided plenty for such.

In the bygone era of military coups, by now, Nigerians would have been awoken to the familiar jingle waltzing through the air, heralding the arrival of soldiers who have come to ‘liberate’ the country from the ‘corrupt’ and ‘inept’ civilian government.

Indeed, if anyone in the military was looking for an excuse to strike as things are in Nigeria now, the politicians have provided plenty for such. The level of decay in the body polity today is nothing compared to that experienced in the events that led to the overthrow of the civilian government of Shehu Shagari in 1983.

The military putsch was led by none other than General Muhammadu Buhari who, himself, was brushed aside by General Ibrahim Babangida, in the so-called palace coup in 1985. The military clung onto power until the citizens finally pushed them out in 1999. There is a feeling in the air that 1983 is very much upon us right now. There are those, even amongst the gallant pro-democracy fighters of the 1980s/90s who, in their frustration, now think Nigeria is ripe for a ‘Rawlings’.

The late Flt Lieutenant Jerry Rawlings came to power in Ghana in 1981 through a popular military uprising, and set about ‘wiping out’ the old guard. Rawlings had declared the Ghanaian government “corrupt beyond redemption”, and had acted to retrieve the nation from its “neo-colonial dependency”. He himself later betrayed the revolutionary cause, but that is beside the point.

The point is Ignatius Acheampong, Fred Akuffo, and Akwasi Afrifa, all former heads of state, were executed. Hundreds more from the ministries departments and parastatals also executed. Names of ‘known’ corrupt persons were announced on air, at random, with the exact amount allegedly stolen, and were compelled to refund the loot or face summary execution. The country’s treasury suddenly became awash with previously looted funds, both real and imagined.

Ghana then embarked upon a long road to recovery, and a fresh start. Some owe the relatively stable civil order in the country today to that ‘cleaning up’ exercise by Rawlings. While Nigerians are also yearning for a revolutionary transformation of their country, but, as seductive as it may appear, they are not pinning their hopes on a ‘Rawlings’ in a military fatigue. By and large, Nigerians no longer have faith in democracy as currently practised in their country.

They are willing, even desperate, to avert a violent upheaval any forceful change of order might bring. They are equally apprehensive of the potential for a violent backlash that the business-as-usual politics of the ruling elite might engender. Ruling elite is carefully stated. They are not governing, but ruling elite. There is a world of difference between the two. Their lack of foresight threatens the welfare of all. It is also what could cause the system to implode unless quickly nipped in the bud.

The rapid rise of the former governor of Anambra State, Peter Obi (2006-2014), the presidential candidate of the Labour Party, in the scheduled 2023 elections, can be understood in this context. Obi is a youthful, energetic, and cerebral politician, who can hold his own in a roundtable with anybody, any day. Despite having been governor for two terms, he remains a blank slate upon which many people, (young and old), map their own design. It is the measure of the depth of the goodwill repost in him that many people do not wish to subject him to forensic interrogation on his policies.

Even television interviews of him are often conducted with an embarrassing kid gloves like his appearance on “politics today” in front of the usually caustic Seun Okinbaloye, last week, Monday July 25, 2022. “Did you inform Atiku of your intention to join the Labour Party?” “Atiku said you would need a miracle to win…”, are snippets of the banalities the anchor spent precious airtime throwing at Obi, until he himself pleaded to move the discussion onto more serious issues.

Obi-maniac is becoming an infectious disease, surely. Not even respected political journalists are immune from it. For this column though, Obi has serious questions to answer, not least on his core economic belief and moral compass.

In an environment where full-time professional politicians abound, Obi has tasted life as an entrepreneur, where he excelled and became financially secured before venturing into the murky world of Anambra politics, in his home state, where he also proved his mettle as a ‘performing’ two-term governor. What happened in-between remains an object of debate – and curiosity. “Pandora Papers” lifted the veil of secrecy surrounding Obi’s financial dealings overseas last year. It was part of the revelations by the International Consortium of Investigative Journalists (www.icij.org), with which hundreds of media outlets around the world are affiliated.

They are dedicated to exposing millions of documents linked to shadowy figures hiding their wealth in offshore accounts, on remote islands in the backwaters of Europe and in the Caribbean. In 2010, four years into Obi’s first tenure as governor, he hired a shadowy agent in Monaco to help set up “Gabriella Investments Ltd”, on the British Virgin Island, under the auspices of “Access International”. The transaction was so airtight that no one knew about it, and no political firestorm broke out in Anambra over the governor of an impoverished state stashing wealth in offshore accounts, well away from his people. By the way, “Gabriella” is the name of Obi’s daughter. The investment was later restructured into PMGG Investment Ltd in 2017, capturing the initials of members of the Obi’s clan: Peter, Margaret, Gabriella, and Gregory, the youngest son. So far, there is no evidence showing that the “investments” were proceeds of crime.

There is a myriad of reasons why a person would wish to hide their wealth in offshore accounts. Tax avoidance tops the list, but, it also includes money laundering, and official corruption. When quizzed about this by Premium Times, in October 2021, Obi confessed to not having fully declared his interest in offshore accounts to the relevant authorities as expected, but, made it clear that his action was informed by his desire to avoid inheritance tax. “I am sure you too will not like to pay inheritance tax if you can avoid it”, he said.

A desire to build a dynastic wealth for generations of one’s family may be ok if you are a Joe public, but, not if you are striving to become the leader of a country whose interest payments on its debts currently outstrip its income, and where citizens rummage through the dustbin of the rich, daily, in their millions, looking for crumbs.

Moreover, if Nigeria is not good enough to protect Obi’s wealth, how on earth, as president, is he going to persuade other people to come and invest in his country? Besides, stashing away wealth in order to avoid paying tax has significant distributional implications, especially for a Labour Party whose raison d’etre is the emancipation of the working people, and enhancement of equality of opportunity.

Inheritances and inter-vivo gifts (economic values passed on during the owner’s lifetime) play a crucial role in perpetuating income and class disparity across generations. Taxation is the main instrument for levelling the playing field, and improving social mobility across individuals. In a show of disdain for the have-nots, Obi and his ilk do all they can as city tycoons to thumb their noses at basic socio-economic principles.

But, why single out Obi for criticism? Well, a presidential candidate, especially, a “Labour Party” leader, must be held to a higher standard on this particular issue. Besides, not everyone involved in similar offshore schemes is running to be Commander-in-Chief of the most populous black nation on earth. Peter Obi talks the talk, but, does not walk the talk. He is distinctly unfit for command.