Home Politics 2023: PDP chieftain to resign over Atiku’s choice of Okowa as running... 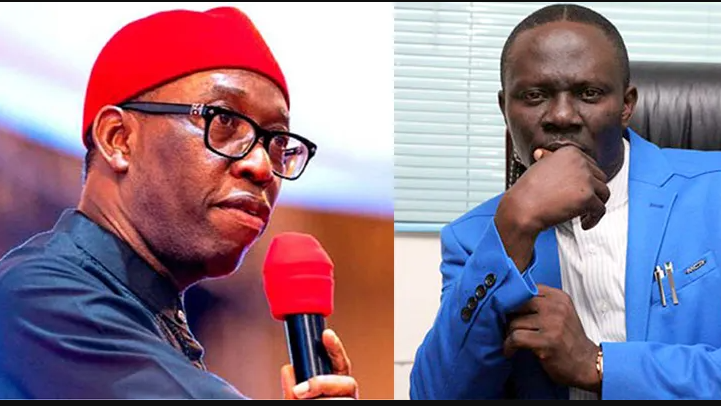 A former commissioner for Information in Edo State, Kassim Afegbua, has made his intention known that he would be leaving the Peoples Democratic Party (PDP) over the choice of Delta Governor, Ifeanyi Okowa, as the party’s vice-presidential candidate.

Atiku on Thursday afternoon announced Okowa as his running mate in the February 25, 2023, presidential election.

Wike came second in the PDP presidential primary on May 29 in an election in which Okowa led his state’s delegates to vote for Atiku.

But, Afegbua described Atiku’s choice of the Delta State governor as a reward for treachery, noting that Okowa had hosted the Southern Governors’ Forum meeting in Asaba last year where the governors demanded that the southern region should produce the next Nigerian president.

In protest at the alleged betrayal of the declaration by Okowa in supporting Atiku at the primary and in accepting to be his running mate, Afegbua said he would stand aside from the PDP and support the candidate of the ruling All Progressives Congress (APC), Bola Tinubu, in the presidential election.

Afegbua stressed that he would not be joining the APC but would only be campaigning for its standard-bearer.

The outspoken former commissioner had also rebelled against the PDP in 2020 for handing Governor Godwin Obaseki its ticket for reelection after the governor was disqualified from the APC governorship primary for alleged forgery of an academic certificate.

Obaseki went ahead to win the election on the PDP ticket as the party suspended Afegbua for alleged anti-party activities.